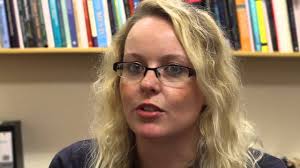 1. Epistemic Benefit. The cognition delivers some significant epistemic benefit to a given subject at a given time, that is, it contributes to the acquisition, retention or use of relevant true beliefs.


In this post I will focus on the second condition, which requires further elucidation with respect to what notion of unavailability is in play.


We might usefully distinguish three kinds of unavailability which can be incorporated into the No Relevant Alternatives condition, and what kind is at play will depend on the case.

For example, consider Lisa’s case of a dementia patient who claims to remember going to the beach with her parents that morning, but the trip she recalls occurred when she was a teenager, sixty years ago. A memory of the trip which included the correct time at which it took place, or information which would suggest to the subject that she had made a mistake with respect to the time of the trip, is strongly unavailable to the subject due to the severe memory impairment she suffers as a result of her dementia.

If I suddenly cross the road upon seeing a black man, my action might be guided by implicit biases against certain racial groups. I might confabulate to explain my behaviour by saying that I needed to cross the road because I mistakenly thought I saw a friend on the other side. Here I offer a confabulatory explanation of my action. Because I like to think of myself as person of egalitarian persuasion, who does not have racial prejudices, the explanation of my behaviour which cites implicit biases against these groups is motivationally unavailable to me.

Consider an instance of non-pathological belief formation: there are bite marks in my cheese, I hear scratching at night, and my cat is agitated. I come to the conclusion that I have mice in my house. An alternative explanation might be that cheese-eating, cat-hating, noisy fairies are infiltrating my home at night. This explanation is not available to me in the sense I have in mind here due to the incredulity I would feel towards it. It is either not considered by me, or it is such that I rule it out on grounds of implausibility or poor explanatory power, relative to the preferred and adopted cognition.

I think that delusional beliefs sometimes meet the No Relevant Alternatives condition for epistemic innocence in virtue of alternative cognitions being explanatorily unavailable—I will write about this in my next post.
Posted by Anonymous at 09:05