My PhD focuses on the relationships between belief and imagination. After having posted, together with Greg, on beliefs from fiction, now I’d like to talk of religious beliefs. How this is related to imagination, hopefully will become clearer in what follows.

Though we all commonly talk of superstitious and religious beliefs, I see reasons to doubt that, in many cases, they really are beliefs; and even to doubt that, in spite of appearances, we really take them to be beliefs.

My doubts may look more plausible for superstitions: perhaps you already agree with me that few normally educated adults in our society really believe that walking under ladders brings bad luck. Religious ideas, however, seem to be different – far more serious things: why to deny that people really believe them?
I don’t deny that it’s possible to have genuine religious beliefs – e.g. to genuinely believe that God exists, that Christ resurrected for us; nor I deny that religion is a serious thing. But I suggest that the attitudes of most religious (so-called) believers nowadays in Western society aren’t described at best as beliefs.

Before arguing for that, let’s consider some reasons why religious attitudes look so much as real beliefs – or anyway closer to real belief status than superstitions.

1) Sensitivity to evidence. Even if admittedly not perfectly responsive to evidence, religious beliefs aren’t indifferent to evidence as superstitions seem to be. Religious people appeal to some evidence to justify their ‘beliefs’: notably, testimony from sacred texts and (quasi-)perceptual evidence from inner spiritual experiences.

2) Coherent integration. Differently from superstitions, religious ‘beliefs’ seem to be quite well-integrated with subjects’ other ordinary beliefs, at least insofar as they attempt to make sense of such other beliefs, framing them in a globally coherent picture of the world.

3) Sincere avowals. People avow religious beliefs much more frequently and with more conviction than they avow superstitions (and, indeed, any other ordinary beliefs).
Since we don’t have reasons to take such avowals to be insincere, and given (1) and (2) above, it seems sensible to credit people with authentic religious beliefs.

Here, though, are some of my reasons not to do that – which overturn reasons (1)-(3) just discussed.

1*) Religious beliefs aren’t really sensitive to evidence as it might seem. For an attitude to be sensitive to (perceptual or inferential) evidence, the subject should display at least some degree of openness to revise or abandon it – even if revisions’ criteria are far from perfectly rational. Religious attitudes lack even this minimal degree of sensitivity. They are related to evidence just in the sense that people can appeal to (a kind of) evidence to justify them. But appealing to evidence is different from being sensitive to it: there’s virtually no piece of evidence which could persuade religious people to change/abandon their ‘beliefs’, which vice versa are subject to their will in important respects. Indeed, faith is often described as ‘a matter of choice’, or a ‘bet’: something springing primarily from inner motivation.

2*) Religious and ordinary beliefs are not really holistically coherent. There are many inconsistencies between them; and, most importantly, religious people openly recognize such inconsistencies, without thereby feeling compelled to drop any of the ideas which generate them. In most cases, religious and natural reasoning simply don’t interact. This happens since the first moment when religious ‘beliefs’ are acquired. Children’s developing knowledge about natural causal relations (e.g. mental-physical relations) is not affected by their simultaneous acquirement of religious ideas about supernatural relations. (e.g. about prayer) (Wolley 2000). And newly acquired supernatural views about afterlife, though inconsistent with children’s initial ‘natural’ ideas about death, do not displace, nor influence, them, but coexist alongside them – and so remain in adulthood (Astuti & Harris 2008; Harris 2012).

Given the importance of sensitivity to evidence and inferential integration in defining beliefs, I take (1*) and (2*) to cast serious doubts on the doxastic status of religious attitudes.

3*) Even if we normally ascribe/self-ascribe religious beliefs, linguistic uses of “belief” in religious and ordinary contexts are different; revealing substantial differences in the underlying mental attitudes. So for example in ordinary contexts “I believe” weakens our assertions, while in religious contexts it has an opposite, intensifying role. Compare: “I believe they never met before” vs. “I believe in God!”. In the first case, “I believe” expresses an attitude which is open to corrections (“as far as I know, they never met... But I might be wrong!”); in the latter, it expresses a strong conviction, based on self-sufficient inner trust which doesn’t need further confirmation (“I think so... And that’s all!”). 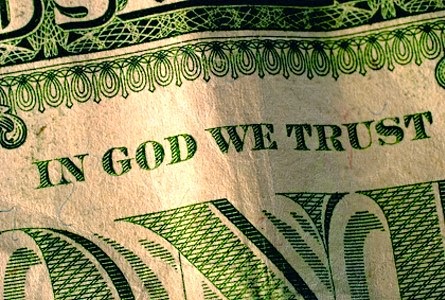 I’m trying to identify other linguistic/mentalistic differences between religious and ordinary ‘beliefs’. I’m also considering psychological studies suggesting that we are aware, at some levels, of such differences. Heiphetz et al. (2013) show that we treat religious avowals differently from factual assertions, and more similarly to how they treat expressions of preferences. This is true also of religious people; which is why I don’t take their avowals of beliefs to be – as some argued (Rey 2009) – self-deceptive.

An obvious question, at this point, is: if not in terms of belief, how are religious attitudes better characterized? In my view, in terms of imaginings; but this may be the subject for another post.
Posted by anna_ichino at 13:52