The Epistemic Innocence of Motivated Delusions

In May 2014 Ema Sullivan-Bissett and I organised a workshop entitled “Costs and Benefits of Imperfect Cognitions”, hosted by the University of Birmingham and funded by the AHRC. Most of the talks presented during the workshop are now part of a special issue of Consciousness and Cognition, and two additional papers have been included.

The purpose of the workshop was to reflect on the effects of false beliefs, distorted memories, and confabulatory explanations on agents’ wellbeing, success, health, and capacity for knowledge. In the collection of papers, our first objective is to discuss the different types of costs and benefits that such cognitions might have. Our second objective is to explore the relationship among different types of costs and benefits. Contributors consider paradigmatic examples of irrational beliefs, such as beliefs formed as a result of reasoning mistakes; delusions in schizophrenia, delusional disorders, and anosognosia; memories that are either distorted or entirely fabricated; and beliefs and preferences affected by implicit bias. You will know more about each case if you read our Tuesday posts for the next couple of months, as contributors will summarise the main arguments in their papers for our blog readers.

In this post I introduce some of the ideas discussed in my paper, The Epistemic Innocence of Motivated Delusions. By "motivated" delusions I refer to those delusions that have been explicitly construed as having a defensive function, whether or not the best aetiological story for them is one that involves motivational factors. Such delusions can have some psychological benefits, helping manage negative emotions and protecting self-esteem. In this post, I will make erotomania my main example. Consider the case of a young woman, LT, who started behaving strangely when she became obsessed with the idea that a fellow student was in love with her although the two had never spoken to each other.

Her conversation, when unrelated to her delusional process, was rational, coherent, appropriate, and relevant. […] When speaking of the delusional process, she went into great detail, explaining the messages she received from her fantasied lover, signs which she received on TV, from the colors of dresses, license plates on cars, and from several other sources. She saw all of this as proof of the fact that the young man was in love with her and was planning to marry her. (Jordan & Howe, 1980, p. 983) 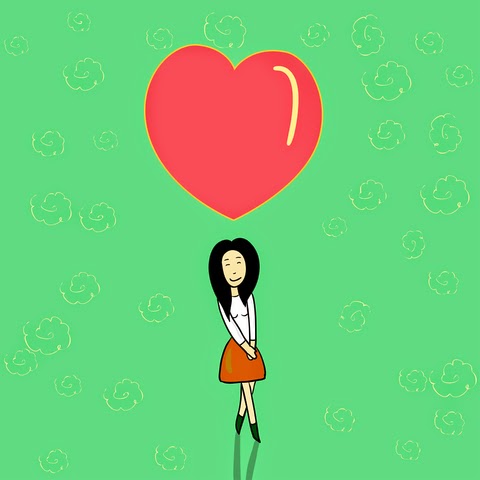 Numerous attempts to offer LT evidence that her belief was false failed; two and a half years after the delusion emerged, the alleged lover was asked to talk to LT on the phone, following a suggestion by LT’s mother. He told LT that he did not have any intention to marry her and that he could barely remember who she was. But LT was convinced that her mother had arranged for her to talk to another man and LT did not abandon her delusion. This shows how typical cases of erotomania are epistemically problematic: they are implausible, and also strenuously resistant to counter-evidence.

But erotomania has also been described as an adaptive response (Raskin & Sullivan, 1974)), and it is significant that it often develops following a physical/psychological trauma or adverse circumstances. In many of the case studies of erotomania reported in the literature, the delusion seems to affect people who have a history of depression and feel lonely or under-appreciated (Hollender & Callahan, 1975). LT's background fits with this general profile:

The mother stated that the patient had always been a quiet and rather inhibited child. She was much more reserved than her popular sister and dated infrequently. She was also described as being studious, an avid reader, highly moralistic, and a loner. Moreover, she tended to be somewhat suspicious and mistrustful. Her limited heterosexual experiences were characterized as being very short-lived. According to the mother, one such relationship had just recently ended abruptly and she related that the patient appeared rather emotionally distraught by this. (Jordan & Howe, 1980, pp. 982–3)

Consequences of stress and anxiety include lack of concentration, irritability, social isolation, and emotional disturbances. These in turn negatively affect socialisation, reducing the opportunities for feedback on existing beliefs and for the fruitful exchange of relevant information. Thus, the psychological benefits of the delusion can turn into epistemic ones. When people experience negative feelings about themselves that could become overwhelming, the delusion helps them preserve self-esteem and overcome anxiety and stress, and this has a positive effect on their capacity to function epistemically. People are more likely to engage with their surrounding physical and social environment in a way that is conducive to epistemic achievements.

The adoption of a delusional belief may be beneficial because it prevents the occurrence of a disastrous epistemic shut-down, but its benefits are unlikely to endure, because the delusion itself may become a source of stress and anxiety. A person with erotomania, for instance, may develop an obsession with the delusional theme, lose interest in her family and friends, give up her daily activities, and become isolated as a result (Lovett-Doust & Christie, 1978). Acknowledging that motivated delusions can have some epistemic benefits is not equivalent to claiming that their epistemic benefits outweigh their epistemic costs. My claim is relatively modest: at the time when they are adopted delusions of erotomania can have short-term epistemic benefits. This claim, though modest, has important implications as it invites a reconceptualisation of delusions and can inform how they are managed in a clinical context.

(If you are curious about how the argument applies to other delusions, see my post on Reverse Othello syndrome on the Philosop-her blog, and my post on anosognosia on the Psychiatric Ethics blog.)