I am delighted to be joining Project PERFECT in its second year. My previous research focussed on issues at the intersection of philosophy of psychology and epistemology. I am extremely excited about joining a team of researchers who work in closely related areas.

I am joining PERFECT at the beginning of the second strand of the project, which will focus on distorted memory. During the next year, I will begin working on two new projects relating to this topic.

For the first project, I will be collaborating with Lisa on cases of memory distortion in the non-clinical population. In cases of memory distortion, individuals form false memories. They recollect things that did not happen. The recollections are false but can be strongly believed. We will consider potential epistemic benefits that might follow from false memories of this sort. This means that we will consider whether the possession of false memories can lead to the formation of other true beliefs, leading to an overall increase in understanding or knowledge.

For the second project, I will focus on the ways that it can be beneficial and detrimental for our perceptions of the world to be influenced by memories of past experience. There has been lively debate about this topic in two areas of philosophy. Some discussion has focused on how beliefs can influence the way we perceive the world—something that has become known as cognitive penetration. 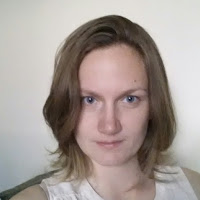 For example, philosophers have discussed how the way that we perceive the colour of objects can be determined by our beliefs about the objects. Experimental evidence suggests, for instance, that people perceive an orange heart-shaped object as more red than another shape made from the same colour material, seemingly because of their beliefs about the redness of heart-shaped objects.

Other philosophers discuss how stereotypes can determine the way individual members of social groups are perceived. For example, the testimony of members of stigmatized groups can be perceived as less reliable than the testimony of members of high status groups. Both the beliefs and the stereotypes that influence perception are the result of memories of past experiences: e.g. past experiences of other heart-shaped objects or of views that are expressed within society about members of particular groups.

It seems that, depending on the situation, these states that are the result of past experience can either improve or decrease the accuracy of our perceptions. My project will combine insights from both discussions to identify the conditions under which accuracy of perception is increased and decreased. This research will consider whether, and under what conditions, inaccurate beliefs and stereotypes, based on false memories or accurate memories of false views, can enhance the accuracy of perception.