The Ethics of Delusion

This post is by Lisa Bortolotti. Here she reports on two recently published papers, co-written with Kengo Miyazono.

Kengo and I have recently been interested in how the considerations raised in the philosophy of belief apply to delusions. In our review paper on Philosophy Compass (open access) we argue that the delusions literature has helped us focus on some key issues concerning the nature and development of beliefs. What conditions does a report need to satisfy in order to qualify as the report of a belief? What is the interaction between experience and inference in the process by which beliefs are formed?

Kengo and I also have a joint research paper that recently appeared in Erkenntnis (open access), where we ask what the ethics of belief can tell us about delusions. In this post I shall sum up our arguments in the paper, hoping for some feedback from our blog readers. There are several ways we can think of an ethics for belief. For instance, we could think that the fundamental epistemic norm is not to believe something for which there is no sufficient evidence. In that context, we could ask whether an agent is responsible for forming such a belief, and whether she should be blamed for it. Or we could think that the fundamental norm is to maximise epistemic value when adopting new beliefs, where epistemic value could be measured in terms of the ratio of true to false beliefs, epistemic utility, or an agent's epistemic virtue. Then, we would focus on the consequences of an agent adopting certain beliefs or following certain rules for the adoption of beliefs. 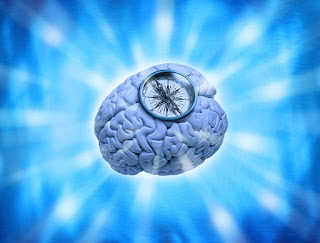 Our suggestion in the paper is that, no matter which approach we choose, it is not obvious that delusions as beliefs are ethically problematic. First, agents do not seem blameworthy for their delusional beliefs because, in the context in which delusions are formed, their ability to believe otherwise is significantly compromised due to reasoning impairments, biases, and motivational factors. From a deontological point of view, impairments, biases, and motivational factors prevent agents from adopting an alternative belief to the delusional one, and from recognising the epistemic shortcomings of their delusions.

Second, delusions have obvious epistemic faults, being often wildly implausible and irresponsive to counter-evidence. But some delusions enable agents to manage negative feelings that could become overwhelming and provide an explanation for anomalous hypersalient experience, putting an end to a state of anxious expectation that undermines attention and concentration. Some also argue that delusions can help agents resume learning that was previously disrupted by erroneous prediction-error signalling. From a consequentialist standpoint, the adoption of a delusional hypothesis may help avoid bad epistemic consequences and it can support the agent’s epistemic functionality at a critical time.

In the paper, we argue that delusions can be an example of epistemically innocent cognitions. We propose that we have a case of epistemic innocence if, at the time of the agent adopting the delusional beliefs, the delusion prevents a serious epistemic harm from occurring, and no alternative beliefs are available to the agent. The notion of epistemic innocence that we have applied to the adoption of delusional beliefs can make a number of contributions to the general debate on the ethics of belief: it points to the fact that the scope of epistemic evaluation is wider than the enterprise of establishing whether a belief is justified; it forges connections between deontological and consequentialist frameworks; and it emphasises the need to take into account contextual factors in the practice of belief evaluation.
Posted by Lisa Bortolotti at 08:00