In this post Miriam McCormick (pictured above), Associate Professor of Philosophy and Philosophy, Politics, Economics and Law (PPEL) at the University of Richmond, summarises her paper on "Rational Hope", which is forthcoming in a special issue of Philosophical Explorations on false but useful beliefs. The special issue is guest edited by Lisa Bortolotti and Ema Sullivan-Bissett and is inspired by project PERFECT's interests in belief.


History and literature are filled with examples of people in horrific, desperate situations where having hope seemed essential for their survival. And yet, holding on to “false hope” can be devastating and can also condone inaction, where hoping for a change replaces working for that change. It also can seem that finding hope in a hopeless situation must be irrational. Is the choice between rational despair and irrational hope? I don’t think so; there are times when hope is rational but it is not always so. My main aim in this paper is to specify conditions that distinguish rational, or justified, hope from irrational, or unjustified hope. I begin by giving a brief characterization of hope and then turn to offering some criteria of rational hope. 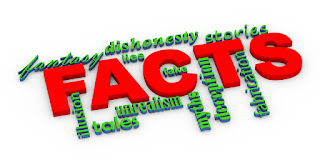 A fairly influential movement is telling people to ignore evidence and just believe and that, if they believe, this will help them get what they want, even when that means “beating cancer.” This view, which is based on some studies revealing that taking a certain view of the facts can help increase well-being and even longevity, seems to offer very strong practical reasons to believe against the evidence. But to encourage people to ignore the evidence is to condone rampant self-deception, and irrationality. It also has the potential dangerous effects of condoning bad belief forming habits. I disagree with the strong evidentialist view that says “It is wrong always, everywhere, and for any one, to believe anything on insufficient evidenc,e” and I have argued extensively that, at times, it can be possible and permissible to believe for non-evidential reasons. But I agree with the evidentialist that, in general, the way to get truth is to proportion one’s belief to the evidence and that we have good reason to prefer that we mostly have true beliefs. And so I have argued that certain constraints can be put on when non-evidentially based beliefs are permissible.

On my view both theoretical and practical norms are significant when assessing hope’s rationality. I argue that when evaluating hope’s rationality there are four relevant dimensions of assessment, and each point to a way that, in hoping, ones’ agency can be diminished or augmented, that can be roughly characterized as follows:

(i) The likelihood of the hoped-for outcome obtaining

(ii) The goodness or significance of the hoped-for outcome

(iv) The likelihood of hope having an effect on the outcome

While others have recognized that there are theoretical and practical components to the state itself, when it comes to assessing its rationality, depending on the account, only one of these dimensions matters. Either hope’s rationality is taken to be entirely derivative on the rationality of some belief that the hope entails, or the focus is entirely on the practical dimensions. If we take seriously the idea that both kinds of norms are at play, an account which treats these both as salient and as intertwining in important ways is preferable. I argue that as the practical importance of hope increases, the demand for the level of evidential support lessens and as the stakes get lower, the evidence for the likeliness of the hoped-for outcome coming to be must go up for the hope to be rational.