This post is by Alex Miller Tate (University of Birmingham), reporting from an event taking place in London at the Institute of Philosophy on 26th May 2017, entitled "The Distributed Cognitive Ecologies of Collaborative Embodied Skill". 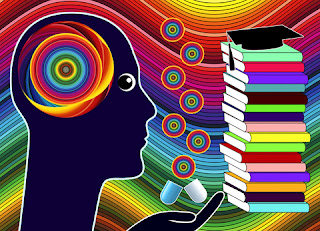 Philosophers, psychologists, and others share an interest in how human beings act in the world. In particular, scholars are fascinated by how humans develop and then intelligently deploy complex suites of skills and abilities, successfully engaging with an equally complex and rapidly changing environment. Even more impressively, humans often coordinate their actions with others – synchronising with and complementing the actions of their peers in collaborative endeavours as varied as football games and musical performances.

This workshop, organised by John Sutton of Macquarie University, was focused around the investigation of this fascinating topic, with particular emphasis on ways in which our complex, structured, material and social environments act not as a further burden on intelligent collaborative action, but as an enabler of it. At this workshop’s heart was a coming together of work on environmentally situated cognition and collaborative action. While the workshop brought together an invariably insightful group of scholars, I shall focus on just three presentations here.

Emily Cross of Bangor University presented a number of fascinating studies that her lab had conducted on the many and subtle connections between action observation and action performance. Her lab’s work differs in one particularly important respect to other work in the area; they focus on complex rather than simple activities in their test environments. As a consequence, they are able to probe the effects of expertise and learning on action observation and vice versa, and open their investigations to the nature of involved whole-body movements, rather than small and constrained motions (which one might think are ecologically relatively rare). Specifically, her lab focuses on the forms of movement found in dance.

While there were too many nuanced sets of results offered in her presentation to do justice to here, a few stood out. Firstly, her team have found evidence that sensorimotor brain regions are shaped similarly by both physical practice of complex, whole-body actions and the mere visual experience of another individual practicing the same action. This bolsters previous behavioural evidence that physical and observational rehearsal may share significantly common mechanisms. Moreover, the acquisition of expertise through weeks of learning significantly alters and sharpens activity in the brain associated with action simulation during observation, suggesting that degree and quality of action simulation is modulated by acquisition of embodied skill.

Finally, Cross and her colleagues are just beginning to unravel complex interactions between the development of expertise through physical practice, action simulation, and subjective aesthetic enjoyment of observed movements. Although there is some evidence that enjoyment increases as a function of perceived difficulty in untrained participants, early results look significantly more complex for trained dancers. All of this is grist to the mill for those who want to argue for the fundamentally embodied character of everyday acts of perception, and associated aesthetic judgments.


Wayne Christensen of Warwick University instead took a theoretical tack, and argued that an account of intentional action he referred to as ‘Mesh’ can better accommodate the character of collaborative skilled action than can a competing story (‘the minimal architecture’) proposed by Vesper and colleagues. According to this latter view, real-time monitoring and short-term predictions of collaborator’s actions (represented as motor simulations, and based partly on what oneself is currently doing) jointly produce an agent’s task representation (i.e what movement they will execute next) in collaborative contexts. But this model faces a number of difficult challenges.

One of the most important is as follows - if as typically assumed an agent’s task representation is simply a motor simulation, then it will carry insufficient content for the generation of an appropriate response in context. For example, in order for an attacking striker to respond appropriately to a combined representation of a defender moving to intercept the football, and the movement of the ball itself, they must integrate it with a representation of the overall game situation. In short, action representations proper require not mere motor simulation, but also content relating to proximal situation structure and task context.

Since this sort of content is not available to the minimal architecture, its advocates must (and do) argue that coordination in collaborative action is non-intentional – motor simulations of others’ actions produce automatic action responses that are not subject to intentional control. But this conflicts with the observation that much coordinated behaviour (for example, that exhibited by members of a jazz ensemble) is achieved in contexts ill-suited to automatic, and hence stereotypic, action generation.

Instead, Christensen and his Mesh-supporting colleagues propose that intention specifies detailed action parameters and continues to play a strong regulatory role throughout execution. This, he suggests, is achieved by reciprocal interaction between the ‘structureless sensorimotor models’ of low-level motor control and high-level motor control dominated by ‘causal control models’ that, unlike motor simulations, can include models of the environment and other agents. The desired takeaway then, is that skilled action involves significantly greater quantities of representation-heavy cognitive control than commonly allowed for.

Finally, Joel Krueger (Exeter) examined the role of bodily and environmentally distributed mechanisms of emotional regulation – affective scaffolds – in social collaboration. He argued that, contrary to views that portray it as a heavily representational process decoupled from the environment, emotional regulation is a deeply embodied and environmentally embedded process, with items of material culture (e.g. music or cigarettes) and the social environment, as well as bodily capacities, scaffolding enhanced self-regulation and social connectedness.

Crucially, Krueger’s claim is that environmental resources’ (material and social) involvement in emotional regulation actually produce a functional gain. That is, distributing the emotional regulatory task across brain, body, and world in the right way produces functional outcomes that are not typically (perhaps cannot be) achieved by brain processes alone.

This becomes useful, Krueger claims, when we reflect on and seek to explain certain pathological cases. Individuals suffering from Moebius Syndrome (congenital bilateral facial paralysis) and Schizophrenia both experience difficulties with social connectedness or attunement. They typically find it difficult to frame themselves affectively as part of a group, or to experience social connectedness. This commonality, according to Krueger, corresponds to a common disturbance to embodiment (a lack of control over facial expressiveness) and consequently a common disturbance to social embeddedness (a tendency to be judged unfriendly, disinterested, or unintelligent).

The suggestion is that this impedes the agent’s access to those embodied and socially embedded mechanisms of emotional regulation that typically lead to a sense of social connectedness – including mimicry of expression, bodily synchrony, and expressions of calm, empathy, or solidarity from other people. Moreover, this lack of access to certain affective scaffolds can (and often does) impede everyday emotional and behavioural regulation more generally. Better yet, it seems like this understanding of the relevant disturbances can better do justice to the experiences of patients than can wholly neurophysiological explanations.

These and the other presentations at the workshop offered up a huge variety of philosophical and psychological threads that future research could follow. It will be fascinating to see how the field develops in the coming years. In particular, it remains to be seen precisely how research into the collaborative dimensions of action learning and self-regulation can ultimately shed light on processes of action control in contexts requiring coordination with other agents.

This workshop provided good reason to believe that these distinct fields can provide significant insight into the puzzles of the other, as well as generating novel puzzles, and solutions, at the intersection.