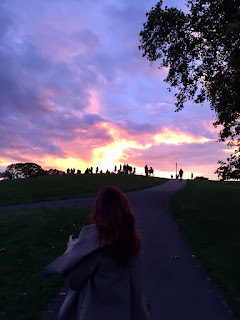 2018 is my second year as a doctoral researcher on project PERFECT.

During my first year, I’ve been investigating loneliness and solitude. For that I did research on existing literature from different philosophical traditions and on the outcomes of empirical research. The existing literature on loneliness has focused on identifying its characteristics and has utilised different approaches. The idea behind finding common features (such as boredom or passivity) is that if we are able to identify them, a specific treatment can be developed in order to alleviate the problem. But documented in the literature I have also found an array of different ways of experiencing loneliness (such as those that emerge from failure to remember traumatic events, or which are masqueraded as connectedness via social media). These cases require a more fine grained approach.

I have the privilege to get the support and multi-disciplinary guidance of the Principal Investigator Lisa Bortolotti and the Co-Investigator Michael Larkin. An approach that we find promising consists in viewing loneliness as a social construction that has cultural and personal meanings. The approach could potentially answer the question of whether the experience that we categorise as ‘loneliness’ is always or entirely harmful. Since we are interested in the complex web of costs and benefits that many human experiences have, it is important to contemplate that even something that is as disruptive as loneliness can have a temporarily positive role to play.

In order to pursue this approach I started by exploring attachment theory. It is an interesting theory to make a start because it was originally developed to explain the emotional bond formed between infants and their caregivers, and later applied to explain emotional bonding in adults. It was also developed to address love and loneliness. The theory proposes that early caregiving experiences influence how people behave in their adult romantic relationships and their vulnerability to loneliness. Individual differences in adult attachment behavior are explained as reflections of the expectations and beliefs people have formed about themselves and their close relationships on the basis of their attachment histories.

One of the assumptions of the  theory is that the emotional and behavioural dynamics of infant-caregiver relationships and adult romantic relationships are governed by the same biological system.  I have found that this assumption could be supported by recent studies in the neurobiology of human attachments. These research findings are providing a growing body of knowledge for understanding human attachments throughout life and for their underlying neurobiology.

I have also explored psychological constructionist models. The general claim about emotions that these make is that emotions are, at the same time, socially constructed and biologically evident. So people experience an emotion when they conceptualize an instance of affective feeling. In this view, the experience of emotion is an act of categorization, guided by embodied knowledge about emotion. Categorization is explained as occurring when the perceiver is making sense of her emotional world just as when she is making sense of her physical world.

What I found interesting about this approach is that it proposes that meaning is created not only by one subject making sense of her emotional and physical world, but also by all the subjects who make sense of their social reality in conjunction with other humans. My concern here is that the theory is referring to a meaning that is socially constructed yet it is not explaining exactly how this happens to be. Instead, it seems to be relying on the unexamined assumption that there is an already established system of meaning which is created in the social context and which serves the purpose for categorizing, providing meaning and ascribing a specific emotion to oneself. The same assumption seems to lie behind some of the recent studies on loneliness. When participants are asked to state how often they feel lonely, a pre-established meaning of the word seems to be assumed, and so the numbers do not say much.

The plans for my second year include to develop  a way to better understand how the cultural and personal meaning of the experience of loneliness come to be. I will take a phenomenological approach for achieving this. The phenomenological approach provides a method for describing human experience and identifying implicit structures in that experience. Those structures make things appear to us in a particular way, instead of simply being ‘out there’ in the world. In this line of thought, we can understand better how the lack of connectedness can appear as either a source of authenticity and creativity (solitude) or as a social deficit and despair (loneliness). The phenomenological approach goes even further than this and help us explore the idea that the very objectivity of the world as experienced depends on others. If intersubjectivity is trascendental in this sense, it is condition of possibility for experiencing a coherent meaningful world. And experience it as real and objective. It will be interesting to see how this idea can illuminate the experience of loneliness.

I am very grateful that project PERFECT is supporting my training in different methodologies. I am also excited that we have recently been awarded with financial support from the new Institute of Advanced Studies. We have a forthcoming event that aims to open the conversation about loneliness among academics from different disciplinary backgrounds, mental health organisations, and campaigners.

I am very happy for having been given the chance to be part of PERFECT. Everyone in the project is an amazing researcher as well as a very supportive person. I cannot be thankful enough for being part of this research project.

If you’d like to read more, you can read this recent article that came out in the Birmingham Perspective.