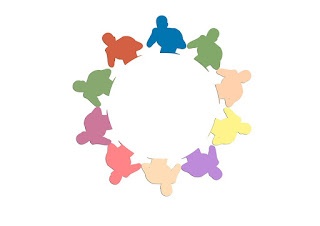 In the relevant literature it is generally assumed that, in order to explain joint actions (in contradistinction to actions in strategic equilibrium), one needs to appeal to shared intentions. To use Margaret Gilbert’s famous example, if Pam and Sam are walking together (rather than walking in parallel), then Pam and Sam’s collective action is explained by the fact that they share the intention of walking together (Gilbert 1990). However, the question immediately arises as to what it means for several individuals to share intentions.

One way of understanding shared intentions is by identifying the conditions under which standard individual intentions (intentions in the I-form: “I intend…”) interlock or mesh (Bratman 2014). Although this understanding of shared intentions seems able to shed light on a large number of joint actions, it has been claimed to have important limitations: not all joint actions can be explained by invoking intentions shared in that sense. First, joint actions modelled by certain coordination games (most notably, the Hi-Lo) are not amenable to that treatment: the solution of these games seems to require the capacity to frame the game from the perspective of a group, rather than from the perspective of the individual players (Bacharach 2006). Secondly, the conditions for sharing intentions in the I-form appear to be cognitively too taxing to accommodate joint actions performed, e.g., by infants: the fulfillment of these conditions requires complex mentalizing skills that are not yet fully developed by pre-school children (Tollefsen 2005).

By drawing on recent findings in developmental and social psychology (esp. related to the so-called ‘black sheep effect,’ Abrams et al. 2009, Schmidt et al. 2011), we conjecture that the adoption of the group’s perspective is an ability that children develop from the 3rd year of age, but more reliably from the 8th. Under this assumption, the adoption of the group’s perspective cannot be factored in in the explanation of joint actions among infants (of which we know that they take place from the 21st month of age, Brownell 2011). Therefore, self-transformation (or, rather, the outcome of that process: the social self) seems the only factor to do the explanatory work. But how does it? And what is, exactly, a social self?

In the paper, we reject the idea that the social self is a doxastic representation: one could believe (as one indeed believes) to be member of a myriad of groups without this belief having any impact on one’s action. In addition, the social self can’t be a conative representation either: we have already seen that standard individual intentions, to be shared, require complex cognitive abilities. Moreover, the formation of we-intentions presupposes the ability of adopting the we-perspective and, thus, to set for oneself the goals pursued by the group, which again is a capacity that children acquires only later in development.

At this stage, we introduce the idea that the social self is a representation of a hybrid kind, as it were, because it is descriptive and directive at the same time. We adopt here Millikan’s idea that this hybrid kind of representations (Pushmi-Pullyu Representations or PPRs, Millikan 2004) is phylogenetically and ontogenetically prior with respect to purely doxastic or purely conative representations. According to our hypothesis, to acquire a social self is to describe oneself as a group member and, concomitantly, to be directed to act as such. Of course, actions that are motivated by the social self will only be rudimentary as the agent does not yet activate more sophisticated cognitive states. However, they will also be sufficiently structured to count as joint actions proper.

Endorsing this view ultimately entails relaxing two assumptions usually made in the current debate about joint actions. The first assumption is that a bodily movement is either a reflex or an intentional action. The paper supports the idea that in between these two extremes there is a wide territory populated by various forms of quasi-intentional actions. The second assumption to revise is that the explanation of joint actions has to invoke the notion of intention. If we are on the right track, more primitive presentations (like PPRs) can explain joint actions of the kind one can observe among young children.