This post is by Rachel Gunn summarising an article co-authored with Michael Larkin and published in Psychosis. The article is based on Rachel's PhD work at Birmingham. The research findings and conclusions, framed in terms of the Enactive Approach, are a move towards a need for understanding the phenomenology of a person’s experience in terms of sense-making within a person-environment system. 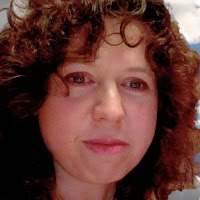 A person ordinarily understands and negotiates the world based on familiar patterns derived from her cultural and historical experience. She is born into a family, the family consists of particular relationships and the family lives within a relatively circumscribed culture. Humans are flexible and adaptive. The difference between the lived experience of a hunter-gatherer in the Amazon Rainforest and an investment banker in the City of London highlights this flexibility.
There might be circumstances under which an alteration in a person’s lived experience would be so radical that rapid adjustment is not possible (Parnas & Handest, 2003) and when someone becomes mentally ill, there are many factors that might contribute to this (see Bentall, 2016 for an extensive list of candidates). People are dynamic and complex, and in most cases, so are the factors that causally contribute to their psychological distress.

Writing about IPA Smith and colleagues use Heidegger’s notion of appearing and liken interpretation to a kind of detective work where the researcher is mining the material for possible meanings, thus allowing the phenomenon of interest to shine forth (Smith et al., 2009, p. 35). The double hermeneutic means that the researcher is always trying to make sense of the participant, who is in turn trying to make sense of what is happening in the context of her lifeworld as an embodied, situated person.

For example, one research participant (who I have called Andrew) was severely bullied at work and described it thus:

It’s that awful. You’ve seen the original ‘Planet of the Apes’… film, 1964 I think it is with Charlton Heston… and you know how he’s treated during it? Management treat you the… similar to that. That’s how it felt.

(In the film ‘Planet of the Apes’ human beings are treated like animals, used for slave labour, kept in cages and experiments are done on them.)

This constituted a radical alteration in his experience and his world-view. He had never experienced anything like this before and could not really understand what was happening or why it was happening to him. He went on to develop voice-hearing experiences which he described as God talking to him – these experiences assured him that justice would be done and perhaps prevented him from feeling utterly powerless in an impossibly difficult and distressing work situation.

The framework of the Enactive Approach posits that a person interacts with her environment in terms of sense-making and a vast array of factors (biological, psychological and environmental) are intermeshed to create a ‘person-environment system’. A person is not a discrete object; persons are comprised of bodies, stories, concepts, origins, commitments, connections, affordances - and so on - and are constantly reacting with their environment.
Cognition emerges from the complex mereology of these many components. The mereology of the cognising (person-environment) system supposes that the parts (which include relational and environmental parts as well as bodily (person-level) parts) are arranged in a particular way, and that the relationship of the parts to each other is vital for the function of the whole (Varela et al., 1991).

From a clinical perspective, this demands an attempt to understand the phenomenology of the experience.

In this context the focus of treatment might then be directed towards affective, perceptual and emotional aspects of a person’s lived experience as well as environmental and relational factors. To think of delusion simply in terms of ‘false beliefs’ which are ‘firmly sustained despite… obvious proof or evidence to the contrary…’ (DSM-V, American Psychiatric Association, 2013, p. 819) is to limit them to cognitive anomalies, over-simplify the experience and deny the meaning an experience might hold for a given individual.

There is a wide literature on the nature of stigma in mental illness (see for example Canadian Health Services Research Foundation, 2013; Mehta & Farina, 1997) and framing delusion formation in this way helps us to reduce stigma: how can a person who is doing her best to make sense of her world be ‘at fault’ or ‘bad’?

We suggest that if the alteration in lived experience is sufficiently radical, then delusion formation is inevitable. A person strives for sense-making in whatever environment she finds herself. We are all susceptible to this possibility.