In this post I interview Duncan Pritchard, Professor of Philosophy at the University of Edinburgh and Director of the Eidyn Research Centre.

Duncan is currently leading two inter-related Eidyn projects on the topic of intellectual humility, both of which receive the majority of their funding from the Templeton Foundation. The first is an outreach project entitled ‘Intellectual Humility MOOC’. The other principal investigator on this project is Dr Ian Church. The aim of this project is to produce and run a Massive Open Online Course (or ‘MOOC’) on the topic of intellectual humility.

The second project is a research project entitled ‘Virtue Epistemology, Epistemic Dependence, and Intellectual Humility’. The other principal investigator on this project is Prof Jesper Kallestrup. The aim of this project is to develop an anti-individualistic version of virtue epistemology and to explore the relationship between epistemic dependency and intellectual humility.


LB: How would you define intellectual humility, and how did you become interested in it?

DP: Intellectual humility is a very broad notion, and it can mean different things to different researchers. But at the most general level, it involves recognising the fact that we tend to overestimate our cognitive abilities, and hence the need to adjust our epistemic self-image accordingly. My interest in intellectual humility arose from a desire to understand how contemporary themes in cognitive science, particularly regarding cognitive heuristics and biases, have a bearing on epistemology. Primarily, then, my interests were research-led, and this is reflected in the research project I run on this topic with Jesper Kallestrup. In this project we try to connect a number of contemporary issues in epistemology and cognitive science under the general heading of intellectual humility, such as extended and distributed cognition, situationism, epistemic anti-individualism, and epistemic dependence. We also aim to apply some of these ideas to the epistemology of education.

Increasingly, though, I have become convinced of the potential that such an interesting and interdisciplinary topic has with regard to public engagement. This is the aim of the second project that I run with Ian Church. This is devoted to producing a MOOC on intellectual humility which will showcase a wealth of contemporary interdisciplinary research in this area. The MOOC will bring together researchers from across the world from such diverse fields as philosophy, psychology, education, and divinity to discuss, in an accessible manner, the issues raised by intellectual humility. The hope is that this free online course will promote a broader public understanding of this notion.

LB: In what way can views in epistemology in general, and your views on intellectual humility in particular, impact on the way we learn and share information?

DP: One topic that I’ve become very interested in over the last few years has been the epistemology of education, particularly where that is an epistemology which is informed by issues in contemporary cognitive science. Many of the issues here overlap with the topic of intellectual humility. To take one example, consider the challenge posed by epistemic situationism. According to this proposal, although we typically credit our cognitive skills with producing our cognitive successes, in many cases such successes are not due to these skills at all, but rather due to extra-agential (i.e., ‘situational’) factors.

If that’s right, then we are radically overestimating our cognitive abilities, and a large dose of intellectual humility is in order. Furthermore, this would call into question how we should approach the educational enterprise, with its focus on developing a subject’s cognitive abilities. My own view is that the situationist challenge is overstated, in that while it does call for a certain degree of intellectual humility, its implications are not nearly as radical as has been sometimes alleged. But even this more modest conclusion has ramifications for the epistemology of education, as it calls for an approach to education which, by being response to the relevant research in the cognitive sciences, involves an acknowledgment of the subtle, and often unrecognised, interplay between agential and extra-agential factors that often takes place in the acquisition of knowledge. 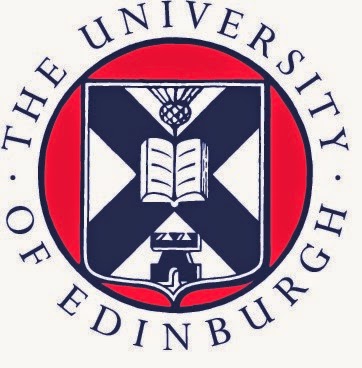 LB: As you know, we are working on a project investigating the notion of epistemic innocence, intended as the status of those cognitions that, despite obvious epistemic costs, also carry epistemic benefits that would not be otherwise available to the agent. Do you see any potential connection between the two projects?

DP: There is certainly a straightforward overlap between the projects in terms of their subject matter, as our two projects and your project are all interested in issues at the intersection of cognitive science and epistemology. There’s also a more substantive overlap in that the phenomenon of epistemic innocence has a bearing on the extent to which we should adopt a stance of intellectual humility. One point that I have been arguing for as part of the research undertaken with Jesper Kallestrup is our widespread epistemic dependence on extra-agential factors when acquiring knowledge. As we argue, an influential individualist train of thought in epistemology claims that where extra-agential factors are playing a substantive explanatory role in one’s cognitive success, then it straightforwardly follows that this cognitive success cannot amount to knowledge.

In contrast, we argue that it is a widespread phenomenon that knowledge is dependent upon extra-agential factors in this way (this is what we call the epistemic dependence of knowledge) and hence the mere presence of these factors is not a barrier to bona fide knowledge. Hence even in conditions which call for intellectual humility, the subject can nonetheless has knowledge. Related to the topic of epistemic innocence, it may be that the kind of cognitive disconnect at issue here may nonetheless result in knowledge, at least if our proposal about the epistemic dependence of knowledge is accepted.

Update on 16 December 2015:
This post is among the semifinalists for the 3 quarks daily Philosophy Prize!