Are People with Depression more Realistic? 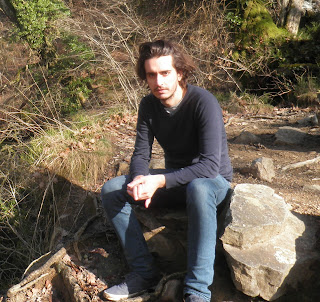 The term “depressive realism” was born out of a study conducted by the psychologists Alloy and Abramson in 1979. In this study they examined how people judged contingency between their actions (pressing a button, in this instance) and outcomes that subsequently materialized (a light flickering on). The crucial aspect was that there was often little or no contingency between actions and outcome; a light would flicker on sporadically and independently of any button pressing by the participant. Their results revealed however that whilst depressed patients were wise to this fact, non-depressed individuals displayed a tendency to overestimate how instrumental they were in causing the light to illuminate. Hence depressed individuals were seemingly more “realistic” than their non-depressed counterparts.

The study and term itself are somewhat controversial. I won’t revisit the debates on each side here. However, some of my research investigating how depressed and non-depressed individuals integrate information suggests there might be another perspective from which depressed patients could be conceived of as the more realistic group.

Imagine you hold the belief that you have a low chance of something unpleasant happening to you in the future. This could be getting burgled, being involved in a car accident, or contracting a disease such as Alzheimer’s. I now provide you with some well-sourced information that suggests the average likelihood is actually higher than you’ve been thinking is the case. This ought to constitute bad news; an unpleasant event is more likely to occur to you than you thought. Do you revise your beliefs in light of this information?

Non-depressed individuals are reluctant to make a revision in these types of cases, i.e. when in receipt of bad news. Yet when receiving good news (for example that an unpleasant event has a lower likelihood of occurrence than thought) beliefs are flexibly adjusted. Hence updating is valence contingent, depending on whether the update required involves a shift to a better or worse set of beliefs about the future.

I investigated if this bias in how individuals change their beliefs was any different in depressed patients. Interestingly, we found that depressed individuals did not exhibit such a bias towards updating from good news. Rather, they updated in response to good and bad news in equal measure.

There is an interesting parallel in this finding with the depressive realism premise. In this task, depressed individuals are unbiased in how they integrate good and bad news. This is in contrast to non-depressed individuals who show a reduced capacity to integrate bad news. This may seem a somewhat irrational way for non depressed individuals to go about interacting with the world. But there may in fact be good reasons why it is beneficial to process information in such a biased fashion. One of these is that it provides a mechanism by which individuals are able to sustain optimistic beliefs and optimism has been shown to have a number of advantages to our health and wellbeing such as lowering stress and keeping us motivated in the pursuit of goals. Interestingly, one of the symptoms of clinical depression is an absence of optimism.

A fascinating question of the chicken and egg variety remains. Is it being in a depressed state that causes greater responsiveness to bad news? Or is it the converse; that greater responsiveness to bad news causes individuals to become depressed? This remains to be properly tested but a recent neuropsychological model of depression proposes that a combination of low level (bottom up) and high level (top down) cognitive processes bias depressed individuals towards negative stimuli but it is these low level processing changes that instigate the initial development of negative schemata and depression onset.