Delusions in Schizophrenia: a Bigger Picture?

In this post I summarise my talk at the Royal College of Psychiatrists Annual Congress in July 2015, where with Richard Bentall and Phil Corlett I participated in a symposium on "the function of delusions" sponsored by project PERFECT. The main argument I defended in the symposium has now appeared in an open access paper in the British Journal for the Philosophy of Science. 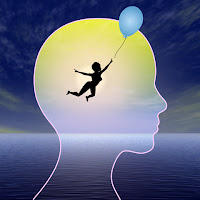 Can elaborated and systematized delusions emerging in the context of schizophrenia have a useful function? This is a provocative question, of course, as we know how disruptive delusions can be in the context of schizophrenia. But a serious consideration of the circumstances in which delusional beliefs are adopted can reveal that the delusion is playing a role, admittedly one that has beneficial effects only in a critical situation and whose beneficial effects are short-lived.

As philosophers have long recognised, elaborated and systematized delusions in schizophrenia are typically false and exemplify failures of rationality (e.g., the delusion is not responsive to counter-evidence) and self-knowledge (e.g., the delusion may reveal inconsistencies in the person's commitments, or be associated with inaccurate personal reports).

But some empirical studies suggest that delusions may have psychological benefits by relieving anxiety (Roberts 1992) and enhancing the sense that one's life is meaningful (Bergstein et al. 2008). Delusions in schizophrenia have also been considered as adaptive in virtue of the fact that they enable automated learning to resume after a significant disruption caused by incorrect prediction-error signalling (Mishara and Corlett 2009).

I argued that such psychological benefits and adaptive features also have positive epistemic consequences. More precisely, delusions can be a means of restoring epistemic functionality in agents who are overwhelmed by hypersalient experiences in the prodromal stage of psychosis and cannot make sense of the changing world around them.

The agent who forms delusions to respond to anomalies in her experience may benefit in the short term from better allocation of cognitive resources and increased concentration, socialization, and willingness to investigate, compared to the prodromal stage of psychosis. However, the formation of delusions also carries significant epistemic costs that are unlikely to be outweighed by the described benefits, and the short-term benefits are soon replaced by a new source of anxiety and social isolation, that is, the content of the delusion that is often distressing and not shared in the agent's social context.

The possibility that delusional beliefs play a positive epistemic function for some agents in some contexts will help determine whether it is always a good strategy to challenge delusional beliefs. It has long been recognized that challenging delusions is not always clinically useful:

If there is no alternative hypothesis the agent finds acceptable, then challenging the delusion does not help clinically. Freeman and colleagues argue that it is better to spend time and energy making available to the agent an alternative hypothesis that shares some of the psychological benefits of delusions. Maybe this strategy would also be in the epistemic interests of the agent. Not having any explanation available for salient and puzzling experiences may impair the agent’s epistemic functionality to a greater extent than endorsing a delusional explanation.