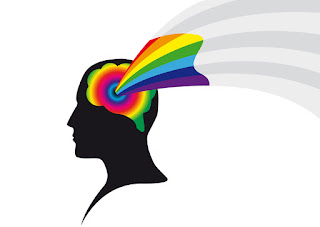 The trade-off view suggests that epistemic irrationality is often not inimical, but conducive to psychological wellbeing. People who are psychologically healthy are unreasonably optimistic when they form beliefs about their skills and talents, when they assess their capacity to control external events, and when they predict their future. Interestingly, people who are affected by low mood do not share such an inflated conception of their skills and talents, they do not overestimate their capacity to control external events, and they predict their future more realistically than people without low mood. This view also has implications for the goals of psychological therapy: psychological wellbeing is improved when the right kind of distortion (such as a doxastic bias towards self-enhancement) is introduced or re-instated.

I am offering caricatures of views that have been defended in the psychological literature, and that have been influential in driving psychological research, and in shaping our understanding of the relationship between epistemic rationality and psychological wellbeing. Both views should be challenged in the light of recent empirical evidence. The traditional view cannot accommodate the ‘depressive realism’ effect, which proves to be a robust phenomenon across a number of contingency tasks. The trade-off view can easily explain the phenomenon of depressive realism, but is silent about forms of psychological distress different from those manifesting with low moods. Moreover, in the recent psychological literature on optimism there is also a suggestion that is not immediately compatible with the trade-off view: some positive illusions have significant psychological costs as well as benefits (see Bortolotti and Antrobus 2014).


The traditional view offers an oversimplified account of the relationship between epistemic rationality and psychological wellbeing, potentially leading to an unjustified stigmatisation of poor mental health as a manifestation of epistemic irrationality. But in the trade-off view epistemic rationality and psychological wellbeing are presented as incompatible, and this conclusion does not reflect the complexity of the empirical data.

First, they enhance socialisation and thus increase the chances of getting feedback from peers, and, second, they support agency, including the opportunity to pursue and achieve epistemic goals. Combined, such roles are likely to promote the capacity to acquire, retain, and use relevant information and the exercise of some intellectual virtues. Moreover, it is not obvious that people can always avoid positive illusions merely by regulating their epistemic practices, and thus the epistemic irrationality of their self-enhancing beliefs and optimistic predictions can be difficult and sometimes even impossible to avoid. This suggests that people are not always epistemically responsible for their unrealistically optimistic beliefs.

The idea behind epistemic innocence is to approach the epistemic evaluation of epistemically irrational beliefs in a way that is sensitive to both their costs and benefits. This strategy is promising when applied to positive illusions.