Today's post is by Candice Shelby on her new book Addiction: A Philosophical Perspective. Candice Shelby is Professor of Philosophy at the University of Colorado Denver. She has published in the history of philosophy, philosophy of psychology, metaphysics, epistemology, and philosophy of addiction. She regularly speaks around the U.S. and Europe on the complex problem of addiction, and has recently completed a month teaching on the topic in Beijing, China. 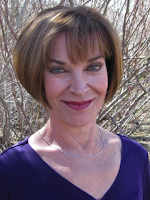 In my new book I argue that most analyses of addiction get off on the wrong foot from the start, by assuming a simple linear cause-and-effect understanding the world. Very little about human beings can be understood in such a straightforward way, and certainly nothing having to do with mind or experience. Like other human phenomena, including mind itself, I believe that addiction is an emergent property of a complex dynamic system. It is better understood as a process than as a disease, a moral problem, or simply an ongoing set of utility evaluations.

Addiction is a process that emerges in some human beings as a function of genetic and epigenetic factors influencing the development of a particular mind/body within a complex, interactive, and specific physical and social milieu. We can speak in an informed way of addiction at the level of neurological structure and function, but we cannot reduce it to just that. We can speak of the family’s influence on one’s vulnerability to addiction, both psychologically and socioeconomically, which is also a viable and autonomous level of analysis, but we cannot assume that such a discussion will encompass all that is involved in addiction.

We can even speak of addiction in terms of the world of meaning that an individual constructs as her brain develops and she makes sense of the objects, people, events, and feelings that she experiences. That is, we can describe how and why an addicted person’s world is truly different from that experienced by her non-addicted counterparts. We can even analyze addiction in terms of the social systems in which it arises, for addiction does not exist everywhere that humans do, and it is increasing at terrifying levels in some places.

None of these levels of analysis, however, will on its own satisfactorily characterize the whole of the addictive phenomenon. That means, not, as one might expect, that there is no hope, that the problem is too hard for us to solve. Quite the opposite, because of a characteristic feature of all complex dynamic systems, “lever points,” which are places within such systems where a small intervention can cause large predictable changes in the overall dynamic of the system, there are many ways in which we can affect addictive disorders and improve lives. There is much hope for progression beyond addictive patterns, and many ways to effect it.

Addiction: A Philosophical Perspective is published by Palgrave MacMillan.