In this post, I report from the 20th Annual Meeting of the AEP and WPA Psychopathology Sessions. The symposioum took place at the Hospital Corentin Celton in Paris on the 9th and 10th of December 2016. Researchers in psychopathology and philosophers gathered to present their findings and reflections on the psychopathology of the lived body and its exposure. 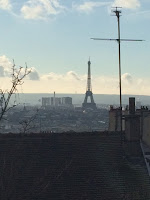 On the first day, Luis Madeira talked about abnormal bodily phenomena (ABP) and how these symptoms are experienced in patients with affective disorders, psychosis, and particularly schizophrenia. These features are subjective and at the same time experienced as out of control. In patients diagnosed with manic depression, the body is represented as a nebulous existence, a quasi-inefable constellation of feelings, feelings of inner burden and paralysis which is caused by a lack of motivation, with patients often wondering: “It is in me but, what should I do?”

When the diagnosis is schizophrenia, reports show an increase of mental activity elements which include exaltation of uncontrolled self with patients reporting “desperate vitality”, “irritating emptiness”, “overcharged negative energy” and “internal agitation”. ABP are considered to include several different types of symptoms: disturbed coenesthesia (an assortment of uncanny bodily feelings with or without delusional interpretation), kinesthetic hallucinations and disruptions of body structure and boundaries. Madeira claims that as a group ABP have been absent from diagnostic textbooks due to the fact that psychiatrists lack specific and reliable tools to assess them. Until recently this led psychiatrists to believe that these subjective phenomena may be quasi-ineffable in nature. 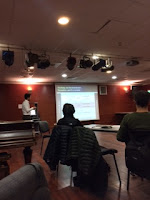 Norbert Andersch gave a talk on the ideas of embodiment in Aby Warburg and Ernst Cassirer. He presented the discussion between these authors in the mid 1920s. Aby Warburg regarded ritual action as the basis of culture and gave special attention to the study of emotional expression in gestures and rituals. Cassirer was mainly interested in the logic of categorisation organised on the basis of rituals. Warburg’s emphasis on the primacy of ritual action in the emergence of culture was of great influence for Cassirer. Andersch claims that the study of rituals could also illuminate today’s psychopathological discourse.

The third talk was given by Dr. Femi Oyebode who talked about the role of the body in the formation of self. Oyebode described the functioning of the sensory apparatus and kinesthetic activity involved in embodied perception. Departing from the fact that the human mind evolved in response to interaction with the physical environment, Oyebode claimed that even the most abstract concepts that we use to describe the idea we have of self have their origins in embodied experiences. To illustrate his points he referred to the use of some metaphors such as ‘standing one’s ground’. Without any understanding of what it means to stand and what it feels like to resist a push and hence not fall over, it would be impossible for us to use these as descriptions of our personalities.

Dr. Gilberto Di Petta gave the last talk of the first day. He presented a case study which he described as a strange case of drug abuse and psychosis. Petta claims that there is a contemporary trend of poly-abuse of new psychoactive substances in young people which can lead to intensified states of psychosis. These episodes were characterised by Petta as featuring uncommonly continuous hallucination, formed by a mental automatism syndrome and secondary (or interpretative) delusions. He proposed that new terminology should be considered in order to categorize cases in which patients suffer psychosis as a consequence of some new psychoactive substances. 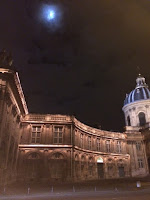 Cutting claims that the two sorts of delusion seem to result from two aspects of the body. The body seems to acquire körper-like features in schizophrenia. That is, patients refer to "the body that I have", the body as an object to myself, and use a third person perspective of the body as it is for the natural sciences. Whilst in the case of depression, Cutting claims, the body acquires leib-like features. Patients refer to "the body that I am", use a first person perspective more often, and express direct and non-mediated experience of their own body (including shape, color and weight integrated in spatial and temporal axes). 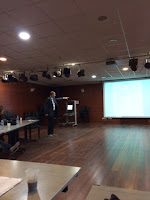 Martin Heinze talked about embodiment in the social world and the concept of social corporality. To Heinze the philosophical concepts of enactivism and embodiment can be very useful for psychiatric research. Psychiatry before Griesinger still saw humans as being socially embedded, as part of a family, a group, or a nation. Whilst biological pathology separated man from these conditions in order to reach a new scientific understanding. Since the tendency is to conceive human corporality exclusively from the individuality of man is a condition of modern scientific psychiatry,  the idea of passing from a perspective of You (Intersubjektivity) to a perspective of We (Sociality) is a challenge to the discipline.

What role could the body have in the interplay between the social and the individual? Heinze talked about the body as a means between the self and the world. Heinze referred to Merleau-Ponty’s idea of corporality as a starting point or ‘base’ for being related to other persons and things; and to Fuchs's idea of the brain as no longer a producer of the mind but as a mediating organ for the relations of organism and environment. The corporeality of human beings is neither a fixed, unchangeable structure, nor is it to be formed arbitrarily; it is the interrelationship of both elements in concrete existence or ambiguité –which is to have a body (Körper) and to be a body (Leib). 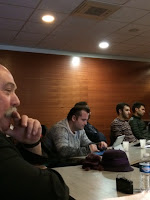 I talked about Merleau-Ponty’s chapter III of Phenomenology of Perception. The Body as Object and Mechanistic Physiology. I described similarities and differences between the experiences of absence in abnormal symptoms like anosognosia and the phantom limb syndrome and the experience of absence in the phenomenon of loneliness. Merleau-Ponty proposes that neither the phantom limb syndrome nor the experience of anosognosia seem to be fully explicable by either a physiological, a psychological explanation, or by a mixture of the two. Given that physiological and psychological explanations imply using categories of the objective world, in which there is no middle term between presence and absence, it becomes a challenge to explain some abnormal phenomena by either exclusively physiological or psychological terms.

The anosognosic is not ignorant of the existence of the limb. What he is doing is evading the deficiency because it is something he does not want to face. Merleau -Ponty compares this evasion to the way we understand the absence or death of a friend. In some cases, people avoid asking in order not to have to notice the silence. We turn aside from those areas in which we might meet absences but in order to be so diligent in avoiding the absence, there is need for there to be what Merleau-Ponty calls a ‘pre-conscious knowledge’ or prior understanding of that which is absent.

What happens in the case of the phantom limb is that the person appears to be unaware of the absence of the limb and relies on the imaginary limb as he would on a real one. This may happen to the point to which a person may try to walk with a phantom leg and not be discouraged even by a fall. In this case, to Merleau-Ponty the consciousness of the phantom limb remains unclear. The man with one leg continues to allow for it, just as Proust recognizes the dead of his grandmother by keeping her in the horizon of his life. 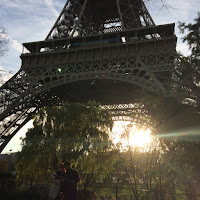