In this post, David Papineau, Professor of Philosophy at King’s College London and the City University of New York, introduces his new book “Knowing the Score.” 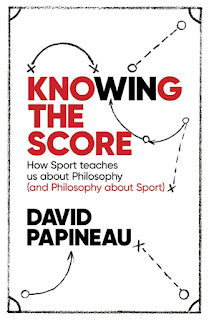 I have always been a great sports enthusiast. I’ve played many different sports as an energetic amateur, and I follow even more in the newspapers and on television. But, even so, until recently I was never moved to subject sport to philosophical scrutiny. I was happy to leave that to the official philosophers of sport, and to carry on an ordinary fan myself.

In the year of the London Olympics, however, I agreed to contribute to a lecture series on philosophy and sport. When I accepted the invitation, I had in mind that I would have a go at one of the stock topics in the philosophy of sport. But nothing seemed very exciting. So, rather than stick to the official curriculum, I decided to write about something that interested me. If it didn’t count as philosophy of sport, that would be too bad. 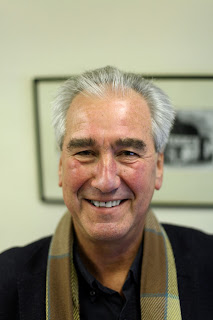 The topic I chose was the peculiar mental demands of fast-response sports like tennis, baseball and cricket. When Rafael Nadal faces Roger Federer’s serve, he has less than half a second to react. That’s scarcely enough time to see the ball, let alone to think about how to hit it. Nadal can only rely on trained reflexes. Yet at the same time his shot selection will depend on his consciously chosen strategy, on that day’s plan for how best to play Federer in those conditions. This struck me as puzzling. How can unthinking reflexes be controlled by conscious thought?

I had great fun addressing this conundrum. I didn’t try to hide my enthusiasm as a sports fan, but curiously I ended up with a series of substantial philosophical conclusions. Even though I started with nothing but a few sporting incidents and some everyday questions, I was led to think hard about the connection between conscious decision-making and automatic behaviour, and the result was a series of ideas about the structure of action control that I am still working on.

This was something of a watershed for me. I realized that there were plenty of non-standard sporting topics that could be given the same treatment. I had recently built myself a website, and so I started posting a series of essays on sporting themes. With a few months the subjects included the rationality of fandom, road cycle racing and altruism, national identity and sporting eligibility, and the moral standing of different sports.

The eventual result is my forthcoming book Knowing the Score. It contains eighteen chapters on interlinked aspects the sporting world. I think of them as telling us as much about philosophy as about sport. If there is a common form to the chapters, they start with some sporting point that raises some initial philosophical issue. A first step is to see how the philosophical ideas can cast light on the sporting issue. But in nearly all cases the spotlight of illumination then gets reversed. The sporting example tells us something new about the philosophical topic, by bringing out issues that are obscured in more familiar contexts.

The book falls into five sections. The first (‘Focus’) is on the mental side of sport. This takes off from my original interest in fast sporting skills, and goes on to an analysis of choking and the yips, the twin perils that lie in wait for every unwary sports performer. The second section (‘Rules’) is about the norms that govern healthy sporting competition. It distinguishes between the regulations in the rulebook, the varying conventions of fair play across different sports, ‘gamesmanship’, and downright immoral practices. Then comes a section on ‘Teams’, analyzing the logic of fandom, the survival of teams over time, and the rationality of collective decision-making in team sports. The fourth section (‘Tribes’) brings in a number of wider political and social issues, including citizenship, national identity, racism, and the debate about nurture versus nature. The final section, called ‘Values’, covers amateurism, the organization of professional sports, and the importance of tradition, and finishes with a chapter aiming to explain why sport is so important to so many people.

The book is written for a general audience. It doesn’t presuppose any specialist philosophical knowledge, so non-philosophers should be able to enjoy it. And it doesn’t presuppose any sporting expertise either, so readers who aren’t normally interested in sport should be able to appreciate it too. Indeed some readers of draft versions have told me that they read it with pleasure—even though they had no prior affinity with either philosophy or sport.

Find David on Twitter @davidpapineau
Posted by Sophie Stammers at 08:00