Against Doxastic Theories of Delusion 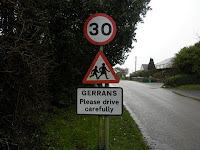 Are delusions beliefs?
Delusions are formed in response to perceptual or sensory experiences, they interact with other mental states in a more or less intelligible fashion and they regulate behavior. Any mental state with these properties deserves to be called a belief, or so say doxastic theorists of delusion. The fact that delusions are irrational merely means that we need to search for the causes of irrationality rather than abandon the doxastic conception.

I disagree. Delusions also have some very un-belief like features. They are very resistant to counterevidence, often maintained with ambivalence, and also seem to involve a phenomenology and stance towards the world which is very dissimilar to that of someone trying to produce and verify an empirical hypothesis. John Nash the Fields medal winner (the Nobel prize for mathematics) and celebrity schizophrenic said of his delusions “ it’s kind of like a dream. In a dream it’s typical not to be rational.” Adoxastic theorists have variously argued that delusions while they have some belief like properties (as do dreams) are better conceived of as imaginary states or a distinctive type of propositional attitude.

The debate over the nature of delusion is complicated by the fact that there is no agreed standard for how much departure from canonical standards of rationality is required before we philosophers withdraw the doxastic appellation controllee “belief” and call the state something else. Thus delusions are rational irrational or arational depending on your standards.

This confusion is of no help to psychologists, clinicians and neuroscientists who discover correlates of delusion such as unusual patterns of brain activity, lapses of working memory, unusual distributions of dopamine receptors or synaptic processing irregularities. Are these the substrates of belief fixation according to principles of rational inference, or some other cognitive process?

I think we have the problem the wrong way round. I think we should take the advice of Dominic Murphy and let the cognitive neuroscience determine our characterization of psychiatric disorder in general and delusion in particular. The basic idea is that we determine the cognitive properties of the neural systems involved in a particular disorder and phrase the explanation in terms of cognitive processes. This does not mean dispensing with personal level vocabulary provided that that vocabulary reflects or can be smoothly mapped to the best cognitive theory.

For how to do the mapping I recommend the interventionist methodology described by Carl Craver in Explaining the Brain. (Another version is provided by John Campbell’s work on control variables). The basic idea is that we have a good explanation when we can predictably intervene and manipulate components of a system (in this case the mind). To do this we need to have a good understanding of the basic mechanisms which comprise it. Both these desiderata are absent from characterisations of psychiatric illness which invest in doxastic terminology. The whole point of a notion like “belief” is that it abstracts entirely from cognitive and neural processes.

Consider psychiatric cases like Borderline Personality or Post Traumatic Stress Disorder that produce a range of symptoms. The best way to understand what is going on in these cases is to understand the way basic mechanisms of emotional regulation function under different conditions (adversity in infancy that disrupts attachment, violence and trauma) and interact with cognitive processes. A label like emotional dysregulation is more helpful than “borderline personality” precisely because it directs us to the functioning of systems that produce the symptoms. PTSD is a rare case of a psychiatric classification which has the potential to allow different levels of explanation from neural to personal to be integrated via cognitive theory.

If we think of delusions as beliefs then such integrative explanation becomes impossible, precisely because the concept of belief abstracts away from mechanistic explanation. I prefer to think of delusions as instances of unsupervised activity in the default network triggered and or maintained by hypersalient experience. The cognitive properties of the default network explain the patterns of experience and thought characteristic of delusion.