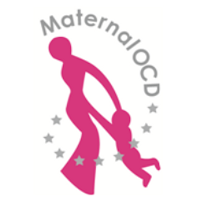 In this post I interview Maria Bavetta, co-founder of Maternal OCD.

LB: Could you describe maternal OCD, and tell us how frequent it is? Does it often go undiagnosed? How have you become interested in it?

MB: Nearly 13 years ago I gave birth to a beautiful baby girl. Physically it was incredibly easy however that was where the ease stopped. By the time my daughter was three months old I was experiencing terrifying thoughts (obsessions) and repeatedly carrying out exhausting behaviours (compulsions) – mentally I was very unwell. I was suffering from perinatal Obsessive Compulsive Disorder (OCD). Strictly speaking this is OCD during the perinatal period (conception to a year post birth), however the impact can last longer than that finite period.

Perinatal OCD is an anxiety disorder that can impact up to 2.5% of women and according to the Royal College of Psychiatrists’ Perinatal OCD leaflet the main symptoms of Perinatal OCD are:

Obsessions. These are unwanted thoughts, images, urges or doubts. These happen repeatedly and can make you very distressed. Common examples are:

Anxiety and other emotions. You may feel anxious, fearful, guilty, disgusted or depressed. You feel better if you carry out your compulsive behaviour. This doesn't help for long.

Compulsions. These are the things you do to reduce your anxiety or prevent what you fear from happening. They include:
For further details please see the information the Royal College of Psychiatrists has gathered on perinatal OCD. I was lucky, I recovered through specialist CBT for mothers with perinatal OCD.

With Diana Wilson, we set up Maternal OCD, a charity to raise the profile of perinatal OCD amongst health professionals, national decision makers and mothers with their families. We were both acutely aware about the huge misunderstanding and misdiagnoses of perinatal OCD and we both knew this had to change. The aim has always been to ensure that national perinatal mental health decisions include perinatal OCD, clinicians understand the disorder so they can diagnose correctly and that mothers know they can recover with access to the right treatment and support. We also have a Twitter feed. We are grateful to our patron Dr Fiona Challacombe for her support. She published several articles on perinatal OCD.

LB: The question about what it takes to be a good mother is hotly debated in our society. My impression (not as an academic, but as a mother) is that women who are going to be mothers or who have just become mothers feel an incredible amount of pressure to meet unreasonably high expectations. Would you agree about this? If so, to what extent does this make women vulnerable to mental health issues, and how can we change society to support rather than judge women at such a critical time in their lives?

MB: I do believe that women who are going to be mothers or are mothers, are under a huge amount of pressure to deliver a perfect image however as I am neither a researcher or clinician I can’t conclusively say to what extent, if any, this makes women vulnerable to mental health issues.

However, common sense surely dictates that we need to support women, as no human (dads too!) should feel under unnecessary pressure. I carried out a quick straw poll amongst friends to see, as a society, what we could do to support rather than judge, below is a summary of their views:


LB: What is the idea behind the Everyone’s Business campaign? What do you hope to achieve by it?

MB: The Maternal Mental Health Alliance’s (MMHA) campaign – Everyone’s Business – aims to improve the lives of all women throughout the UK who experience perinatal mental health problems. All women should receive the care they and their families need during pregnancy and the first year after birth, wherever and whenever they need it, as outlined in national guidelines.

LB: In the UK there has been recently some emphasis on parity of esteem between mental and physical health, with politicians and activists arguing that mental health issues are still neglected with respect to physical health ones, and that this disparity needs to be addressed. Do you think this applies to maternal OCD?

MB: Quite simply, yes this does apply to perinatal OCD. It is certainly a problem in mental health in general and this of course includes parents. Whilst recently perinatal funding and issues have been increased, many mums and dads with OCD will still not be getting the treatment they need.

LB: Do you think that experts by experience, that is, people who have experienced directly or as caregivers the effects of mental health issues, can contribute to reduce if not eradicate stigma?

MB: Yes. I sat on the National Survivor User Network (NSUN) Involvement Partnership and alongside other people with lived experience we created service user involvement standards. These standards are essential so that service users (and carers) are able to inform decisions. After all, retailers contract mystery shoppers and customer panels so why is this any different? Maternal OCD is a member of The Maternal Mental Health Alliance (MMHA) which has over 80 patient and professional organisations. This shows how important they feel it is to have an informed view, both from a service user and clinical perspective. OCD Action has a perinatal OCD online support group which is peer-led, this group provides support in a safe environment – mums need to feel and know they are not alone.

I think the reason people with lived experience and/or people interested in mental health can make a difference is because 1 in 4 of us will experience a mental health problem. This means a room full of people will have 25% directly impacted by poor mental health and this doesn’t include the impact on their family and friends. It is of interest to us all and we need to be mindful that.

On a personal level, I truly believe that speaking about your experiences can help reduce stigma. I disclosed my perinatal OCD to mothers in the school playground and would tentatively drop it into conversation, more times than I can mention I would have a mum the next day/week whisper in my ear ‘I’ve been on ante-depressants since giving birth’ or ‘I am seeing a therapist’ etc. We all just need to be more open with each other which will in turn normalise the experience of motherhood – a rollercoaster, highs and lows – all perfectly normal!