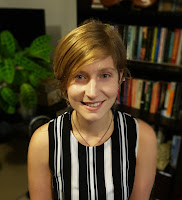 I’m delighted to join the philosophy department of the University of Birmingham as a Research Fellow working on Project PERFECT as it enters its third year.

In recent research I’ve been investigating the nature of the implicit/explicit distinction, and considering whether there is a role for agency when implicit cognition drives behaviour.

I was awarded my PhD earlier this year, with a thesis on implicit social bias. It’s previously been argued that implicit cognitions do not express our evaluative agency, and that we cannot be held responsible for their manifestation. I’ve argued that just because some cognition bears some or all of the putative features of the implicit, this is not a reliable heuristic for its exclusion from being considered agential. Agency may involve an interplay between implicit and explicit processes, and whether implicit features count as agential might only be illuminated by zooming out and viewing agency as extended over time, against the backdrop of the agent’s other commitments, as I’ve argued here.

This year, I’ll be building on some of the ideas that have come out of this project, as I join Andrea in turning my attention to confabulation. Confabulation is a feature of a number of mental illnesses, but it’s significant that people in the non-clinical population also often fail to identify the implicit origins of their choices or actions, and confabulate about why they think or act as they do. Much of this research focuses on cases where implicit and explicit attitudes diverge, and in this context, one might think that it’s both surprising and epistemically problematic that we more readily tell an inaccurate story that fits with our personal narrative, than recognise a gap.

Part of my research this year will be to investigate how significant a role this narrative-preserving mechanism might play in all cases of cognition: evidence suggests that implicit cognitions which are concordant with explicit attitudes regularly guide behaviour without our awareness. I’m interested in how we interpret and explain what we’re doing in these cases, how they compare with the divergent-attitude cases, and whether there are epistemic benefits and costs common to both cases.

A new direction for me this year will be to start to explore whether the distributed cognition literature, as well as research into how communication shapes cognition, illuminate any benefits of confabulation. If there are benefits to offloading cognitive labour onto our surrounding environment, and in particular, sharing such labour with epistemic peers, then perhaps there are sometimes benefits to confabulating, rather than acknowledging ignorance. It might be that confabulation allows us to preserve a relationship with the people on whom current and future shared epistemic endeavours depend. Of course, there will also be costs to confabulation in these contexts, but if it’s discovered that these relationships yield significant epistemic benefits that could not be easily replicated by other means, then perhaps these cognitions will turn out to be epistemically innocent.

I also intend to extend previous work on agency in the non-clinical population to consider this issue as it arises the clinical population. Philosophers have often characterised people living with a mental illness as having a diminished capacity to act freely as compared with people in the non-clinical population. I believe that this approach is over simplified, metaphysically confused and out of touch with lived experiences. Considering lived experiences, in many cases, the extra cognitive and affective burdens that occur in a number of mental illnesses would seem to be more relevant than capacity talk when discussing agency for at least some people in the clinical population, an approach that I will explore further this year.

Lastly, I’ll be thinking a bit more about philosophy and policy (I wrote about my previous work in this area here, and you can find the relevant papers here and here) and exploring ways in which the implications of our findings on Project PERFECT as regards the costs and benefits of imperfect cognitions can inform policy makers, services providers and service users.