During my first year on Project PERFECT I have had the opportunity to explore a number of avenues of research relating to the epistemic benefits of imperfect cognitions.

I have been collaborating with Lisa on a project on memory distortions; cases in which people appear to remember things from the past but the memories are inaccurate. The memories often have a kernel of truth but at least some of the details are false. Many previous discussions of the phenomenon have focused on evolutionary advantages and psychological gains associated with having false memories. For example, it has been emphasised that having false beliefs about the quality of one’s own performance on a task could have psychological benefits by increasing our wellbeing.

Our focus has instead been on identifying epistemic gains associated with having false memories. For example, it has been argued that many false memories are the result of cognitive mechanisms that are useful for imagining the future being used to represent the past, leading us to falsely believe that things that we only imagined really happened. In this case, we focus on how there can be gains in terms of knowledge and understanding that are associated with being able to imagine future events, and how these gains are associated with the distorted memories. 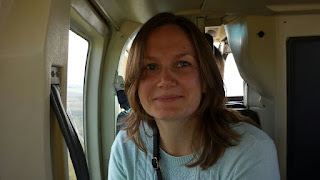 We think that the application of the notion of epistemic innocence to cognitive mechanisms can clarify what occurs in the case of memory distortions and capture the precise nature of the epistemic advantages associated with the phenomenon. For example, where a cognitive mechanism both facilitates the imagination of future events and causes memory distortions, the mechanism can be viewed as epistemically innocent, because it brings benefits in terms of allowing us knowledge and understanding about the future, even if particular distorted memories do not bring benefits.

Our work on memory will be presented at the project second official workshop, PERFECT 2017, held in May 2017 at the University of Cambridge. Other speakers include Dorothea Debus, Jordi Fernandez, Kourken Michaelian, and John Sutton.

My work has discussed the epistemic costs that are associated with possessing and applying stereotypes in general and in medical and mental healthcare settings. I argue that it can be better in terms of knowledge and understanding not to stereotype even where a stereotype reflects some aspect of social reality. On this basis, I have argued that it can be better to have a cognition that does not reflect social reality—for example a mental state that associates men and women equally with science although men are overrepresented in the sciences. I thereby argue that social cognitions that fail to reflect social realities can be epistemically innocent.

In my future research, I intend to explore the consequences of the latter argument for extant theories of rationality defended in philosophy and psychology. I intend to show that current theories that idealise human rationality, requiring for rationality that people reflect background statistical information, for example, about the constitution of social groups, are unable to capture the benefits that come from failing to reflect social realities in our judgements.