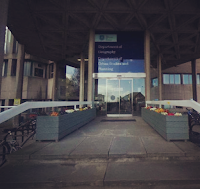 On Friday 21st October, a meeting of the Mind Network was held at the University of Sheffield on the topic of “Action: Knowledge, Emotion, and Commitment”. The meeting was organised by Luca Barlassina and was sponsored by the Hang Seng Centre for Cognitive Studies. In this post I give a brief overview of the three talks given at the meeting.

John Michael, Assistant Professor at the University of Warwick and Affiliated Researcher at the Central European University, gave the first talk, on “The Sense of Commitment”. Whilst the phenomenon of commitment is a cornerstone of human social life, it is not well understood how people identify and assess the level of their own and others’ commitments, nor what motivates them to honor commitments. The aim of his talk was to try and fill in this gap. 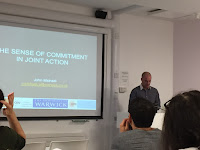 John suggested that the philosophical notion of commitment is too demanding to catch all the phenomena that seem to precede and to enable full-fledged commitment, and that we should then try and find weaker precursors. He offered a framework which specified, on the one hand, the cognitive and motivational processes that lead people to sense that they or others might be committed and to act committed, and on the other hand, the general structure of situations which elicit the sense of commitment, and also situational factors that modulate the sense of commitment.

John identified three desiderata that a psychological account of the sense of commitment in joint action needs to satisfy: to illuminate the motivational factors that lead agents to feel and act committed, to pick out the cognitive processes and situational factors that lead agents to sense that implicit commitments are in place, and to illuminate the development of an understanding of commitment in ontogeny.

He proposed a way of conceptualizing and operationalizing the sense of commitment, discussing cognitive and motivational processes that may underpin the sense of commitment, and made a number of suggestions on how to test the suggested framework empirically. More details on his framework can be found here. He also presented some results from ongoing and published experiments testing hypotheses generated by the framework.

Next was Carolyn Price, lecturer at the Open University, who presented a paper titled “Acting out of Emotion and Acting on a Reason”. She started with the following story. Zola opens her front door one morning to find her garden strewn with litter. This, she realises, is the work of her neighbours, who held a noisy party last night. Zola erupts with anger: as she construes the situation, her neighbours have treated her with deliberate contempt. She wants very much to get back at them. As she looks for a means of revenge, she notices that her neighbours’ ground-floor window is open; at the same time, the scent of her food bin reaches her nose. She looks at the bin, then at the window, then grabs the bin and flings its contents into their front room. Zola acted out of anger: her action is explained by her angry evaluation of her neighbours’ behaviour. Yet, how should we understand the relationship between Zola’s angry evaluation and her action? 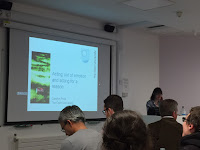 Carolyn addressed whether the agent’s emotional evaluation supplies one of the reasons on which they act and focused on a particular kind of emotional action: voluntary actions aimed at dealing with the situation. On the one hand, it might be assumed that at least for this particular class of emotional actions, a single account could explain the relationship between the evaluation and the action. However, she argued that this is not so: these actions can be generated in two different ways. In other words, even for this restricted class of emotional actions, we cannot give a single account: two models are needed. Moreover, while one model suggests that emotional evaluations do provide reasons for action, the other suggests that they do not. Hence, the question as to whether emotional evaluations provide reasons for actions has no simple answer: it depends on the details of each case. 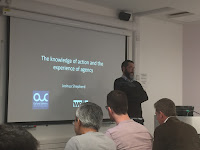 Joshua started by emphasizing that, whilst engaged in intentional action, an agent generally knows what she is intentionally doing, and generally experiences herself in various ways as the agent of – the thing actively directing – these intentional actions. In his talk, he addressed the relationship between these two phenomena – the knowledge of action and the experience of agency.

Joshua started by asking what it is about knowledge of action that has intrigued so many philosophers. Writing in the wake of Elizabeth Anscombe, many have insisted that an agent’s knowledge of her action as it unfolds is in many senses special. Philosophers have variously emphasized different ways that we might consider desiderata for an Anscombian account of knowledge of action, and Joshua illustrated Anscombe’s influential view on which knowledge of action is practical (or active), independent from observation, and located within a sphere over which the agent has unique, first-personal authority.

What links knowledge of action and the experience of agency, and what undergirds both the knowledge an agent has and the actions she produces, is the practice of practical reasoning in action. The view that emerges from this is supposed to capture the senses in which knowledge of action is practical (or active), independent from observation, and located within a sphere over which the agent has unique, first-personal authority.
Posted by Unknown at 08:00