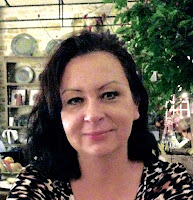 My research focuses on epistemic and pragmatic benefits of depression. More specifically I investigate whether experiences related to depressive illness such as low mood, negativity bias or delusions might have implicit or explicit beneficial outcomes for the subject.

It is widespread news that depression constitutes a modern epidemic. It relates to individual suffering, distorts one’s cognitive, emotional and behavioural processes, and sometimes leads to suicide. However, the results of more recent psychological studies indicate that the experience of depression might be linked to particular benefits for the subject as well as to pain and despair.

I spent my first two years on PERFECT researching epistemic and psychological benefits of low mood and depressive delusions. Low mood occurring in mild and moderate forms of depression is linked to more accurate judgements about the self and self-related circumstances. In the view of trade-off accounts this means that the epistemic benefit of more realistic judgements is achieved at the price of well-being: something has got to give. However, according to empirical research, it is possible for the subject to be psychologically better-off despite other psychological costs. For example, the phenomenon of defensive pessimism, understood as using own anxiety in order to improve performance, seems to be more effective in people suffering from low mood rather than in controls. The experiences such as low mood are linked to psychological suffering, but at the same time they have the potential to make us psychologically better.

The other topic I have been working on relates to depressive delusions. Are there any delusions in depression? If so, how are they different or similar to those occurring in schizophrenia? What role may they play in a personal life story? Are depressive delusions adaptive? Do they carry potential for any other benefits for the subject? These are some of the questions that I address in my research.

During my last year of PERFECT I will dedicate my time to examining the phenomena of empathy and creativity in the context of depression. It has been empirically evidenced that mild and moderate depression is linked to higher levels of empathy, understood as the ability to feel and understand painful experience of other people and/or animals. However, much of the clinical reports present this enhanced depressive empathy as undesirable trait, related to self-accusations and guilt. In other words, although people with depression are more compassionate with others’ painful experience, they often attribute the cause of that pain to themselves. This, in turn, contributes to their own psychological suffering. The question I want to investigate is whether there might be any psychological or epistemic benefits of enhanced empathy in depression despite the psychological and epistemic costs it brings.

There has been a well-researched relationship between depression and creativity. It is believed that certain clinical symptoms brought by the illness, may contribute to enhanced creativity. If that were true, we would have the grounds to believe that depression brings certain epistemic benefits. At the same time it may cause cognitive impairments in other areas of functioning, for example it may affect memory, sleep and concentration.

The idea that pragmatic or psychological harm may coexist with the benefits of an epistemic kind is relatively new, thus researching it seems very exciting. I am grateful for the opportunity to conduct my research together with the PERFECT team from the very start of the Project.