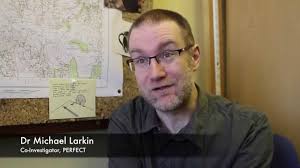 I’m really looking forward to this next phase of PERFECT. Lots of things are now developing which tie in really well with work that I have been doing with some of our network members, with our PhD students, and with my wider research.

One important theme for me is ‘relatedness’, and I’ll focus on that aspect here, because it connects several areas. This Thursday, network member Dr Zoë Boden will say more in her post about the ISRF ‘Relationships and Mental Health’ project which we have been developing. Zoë and I are involved in a number of research projects exploring people’s experiences of relationships and mental health.

Some of these are exploring individuals’ perspectives on their own relational networks (asking, ‘who talks to whom about what?’ and ‘who does what with whom?’) and others are focused on understanding a shared difficulty (such as psychosis) from the perspectives of several members of the same family or system.

Through the ISRF network events, we’ve been sharing what we’ve been learning with colleagues from other disciplines with similar interests, and with service-users and service-providers, and they’ve been doing likewise. These discussions have set up some really helpful ways of thinking about the work we’re doing in PERFECT. For example, our new doctoral researcher, Valeria Motta, has written this month about her interests in the topic of loneliness, and how her PhD will explore this emotion with a particular focus on the accuracy of emotional perception.

I’m enjoying working with Valeria on this. She brings a phenomenological perspective to her work, which resonates with my own approach. I think that the focus on ‘emotional knowledge’ is very timely, from a psychological point of view. As Valeria says, referring to the perceived-received support literature, ‘Researchers have argued that it would not make a difference whether an individual actually has social connections, what is important is whether she/he feels she/he has them’ [my emphasis].

This is really interesting to me, because what we’ve been seeing in our wider discussions in the ISRF events is that perceived support probably is connected to received support, but perhaps not through the expected route of explicitly supportive, problem-focused behaviours. That is, the things that one might expect to constitute actual support (people stepping in and getting involved when there is a ‘problem’) are not the things which our research participants primarily focus upon. Instead, in our data from various projects, we see lots of evidence that people especially value the everyday behaviours which simply maintain and foster a sense of connectedness.

This is what my colleague Prof. Jerry Tew has been calling the ‘glue’ of relationships, and it is very clearly illustrated in the work of our ISRF-network member Prof. Jacqui Gabb, who has described how couples responding to stress and strain often point to these sorts of shared behaviours as the basis for their successful coping. This idea that the ‘glue’ is a buffer against stress is found in a psychological model called ‘relational regulation theory.’ So the proposal that analysing loneliness can be useful for answering the question whether there are ‘inaccurate emotions’ is complex.

One might experience solitude positively, against the background of a sense of connectedness to others, or one might experience it as unpleasant loneliness, despite an apparent proliferation of other people, if the sense of connection and meaning is absent. In the latter situation, could it ever be valuable to be ‘wrong’ and to infer that one is more cared for and loved than is really the case? The negative consequences of being wrong about this fundamental feature of human experience might also be rather severe, so it merits close examination.

I think this highlights the importance – for mental health and psychological wellbeing – of having good quality, authentic connections to others. This is a theme which I’m sure that Zoë will pick up further this week, so for now I’ll just use it to make one further connection to PERFECT’s plans this year. Good relationships are fundamental to the delivery of therapies and support, to service improvement, and to peer support. The way in which we appraise and story our prior contacts with other people (particularly when they are people from other systems or groups) then paves the way for how we will interact with them in future. The PERFECT work currently underway on implicit bias, and on memory and narrative, all connects to this fundamental issue for mental health services, who must find ways to work collaboratively and inclusively – both with each other (across professions and between organisations, for example), and with service-users and families (in the face of stigma and prejudice) from a range of different backgrounds.

One thing which I would really like to do this year is to bring some of the learning from PERFECT (about bias, stigma) to the developments I have been involved in for ‘Experience-Base Co-Design’ (EBCD) for mental health and social care services. EBCD is an approach to collaborative working which is focused on service improvement. It brings together representatives from different groups (service-users, clinicians, managers, families) in a very structured way, to identify common problems, and then design and implement agreed improvements. The approach was initially developed for physical health services, by Prof. Glenn Robert and colleagues, at KCL. I’ve been working with an international group who have been adapting EBCD for psychosocial services.

In February 2017, some of us will be presenting a paper to the 3rd UCL Qualitative Health Research Symposium which will include a focus on the ways in which EBCD seems to work via a relational mechanism. Elsewhere, we have argued that it might be considered to be a kind of ‘contact intervention’ – an approach which improves relationships (and consequently practices) by improving each group’s understanding of the other groups’ perspectives, thus reducing bias and prejudice between groups. The direction in which PERFECT is now headed is very exciting, because I can see opportunities for joining up this work, and further strengthening the theory-practice links that we have been developing.