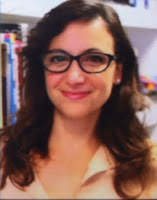 I am excited to join project PERFECT group of brilliant researchers and the stimulating research community at the Philosophy department of the University of Birmingham.

My contribution to project PERFECT will come from my research on the experience of loneliness. I am also interested in crowd emotions and in exploring up to what extent we can talk about shared emotions. This year I will focus on investigating the possibility of talking about ‘inaccurate emotions’ and whether these could carry any epistemic value. Emotions may be the result of an embodied engagement with others and the world and cognition may play a fundamental role in this interaction. A preliminary hypothesis is that just as cognitions, emotions can be erroneous or 'inaccurate'. The experience of loneliness is especially relevant because it has been defined as depending on a particular individual’s perception of the social environment and the world. Researchers have argued that it would not make a difference whether an individual actually has social connections, what is important is whether she/he feels she/he has them. Analysing loneliness can be useful for answering the question of whether there are ‘inaccurate emotions’ which are connected to erroneous cognitions and whether there is any value in these misperceptions.

I was recently awarded my MA in Philosophy of Biology and Cognitive Science. My dissertation was on the phenomenon of thought insertion in patients diagnosed with schizophrenia. I analyzed the canonical comparator model for explaining ownership and agency of thoughts. One of the ideas I argued for was that some features of the experience of thought insertion appear in patients’ reports but are overlooked in current theories. Contrary to what most of the theories propose, the reports show a sense of agency which is intact at the higher-order self-awareness. The reports also express a lack of sense ownership of the inserted thought but this lack of ownership is experienced together with a feeling of absence of possession and a feeling of intrusion. These experiences not only are cognitive but also involve bodily sensations.

The fact that the bodily aspect of the experience of thought insertion is overlooked in most of our current theories can be a consequence of the well-known division in western philosophy that, since Plato's Timaeus times, has separated our human heads (which carry thoughts and reason) from our passionate bodies (which only function was to help the heads move in the world). This division between head and body has been mirrored from ancient to modern age by a division between reason and emotion. This stigma on emotions which emerged in ancient times and prevailed throughout Christian philosophy until modernity has linked emotions to animality, desire and sin. And even when it is currently widely acknowledged that reason and emotion have much more in common than what was thought in the past, the stigma seems to prevail in some of our contemporary theories.

In order to address the above mentioned gaps, my current research project will include (but not be confined to): (1) theories which propose an embodied approach to emotion and cognition and which defend the idea that the emotions are primarily and deeply dependent on features of the physical body of an agent, (2) theories that emphasize the predominance of individuals’ engagement with specific narratives, representations and judgements.

One of the challenges I will undoubtedly be facing will come with the interdisciplinary nature of the research which aims to explore the collaboration between philosophy and empirical research. I like being optimistic and hoping this collaboration will make a contribution to the scientific practice as well as find practical applications for philosophical theories. These applications could lead to improving the conditions of human lives. I see that as one of the many good reasons for doing philosophy.