In this post, the new book Health, Illness and Disease: Philosophical Essays (Acumen 2013) is presented by its two editors, Rachel Cooper (Lancaster University) and Havi Carel (University of Bristol).


Much effort goes into keeping us healthy. We are regularly told we should drink less, use condoms, and eat more fruit. Sometimes, we comply.
All agree that health matters, but figuring out exactly what counts as ill-health remains tricky. Conditions such as cancer and tuberculosis stand out as being fairly clear-cut cases of disease. But increasingly we seek treatment for conditions other than those that straightforwardly lead to suffering and death. We worry about “risk factors” - nebulous conditions that might, at least for some, be linked to future ill-health. The disease status of those with aches, pains and fatigue has always been contested, but in an era of both economic and legal protection for those with “bona fide” disorders, and also increased surveillance of spending on health, they have been rendered newly problematic. The rise of disability rights movements has also led to many questioning whether certain states are pathological, or merely testament to the normal variety of human life.

Read more »
Posted by Epistemic Innocence at 08:00 No comments:

This post has been published on behalf of Maarten Boudry (Ghent University).

In some circles, the writings of Jacques Lacan are revered as a source of deep insight into the human psyche and the nature or language and reality. In saner quarters, however, the French psychiatrist is denounced as an intellectual impostor, a purveyor of obscure and impenetrable nonsense. Many people who read Lacan, or see him at work in some of the available YouTube clips, find it hard to believe that anyone can take him seriously. In a new paper with philosopher of language Filip Buekens, published in the journal Theoria, we explored Lacanian psychoanalysis as a case study in the psychological and epistemic mechanisms of obscurantism. On the one hand, we develop cognitive explanations for the allure of obscure prose. On the other hand, we explain how the particular structure and content of Lacan's theory facilitates the overextension of the cognitive heuristics that make us vulnerable to obscurantism.

How is it possible for the reader to be taken in by the impenetrable pronouncements of - as we shall call him - the Master? The first thing to note is that, in everyday life, it sometimes makes perfect sense to accept a statement that one fails to grasp. For example, children accept what adults tell them even before they understand precisely what they are supposed to believe. People endorse the equation of general relativity (E=mc²) or the reality of economic recession without having an inkling of what such claims really amount to. This willingness to accept an obscure utterance for the nonce, without knowing what exactly was on the speaker's mind, may actually facilitate the learning process. If you insist on understanding every single word of what you are told, before proceeding to the next step, you may not get very far. Better to bracket those obscure parts and trust that you will figure out their exact meaning later on.

The Imperfect Cognitions blog is launching a new feature, interviews with experts on topical issues.

For Dementia Awareness Week (18-24 May 2014), I interviewed Marco Canevelli on Alzheimer's disease. Marco is a neurologist, working at the Department of Neurology and Psychiatry of the “Sapienza” University of Rome. He is currently attending a doctoral school in neuroscience in Rome and he is a visiting researcher at the Institute of Aging in the Gérontopôle of Toulouse. His main clinical and research interests are Alzheimer’s disease and other dementias, subjective cognitive complaints, cognitive frailty, and dementia prevention.

LB: What would you say are the main implications of Alzheimer’s disease for cognitive function?

MC: "Alzheimer’s disease (AD) is the most common cause of dementia. In its typical expression, AD is a slowly progressive disorder characterized by the insidious onset, usually after the age of 65 years, of a progressive impairment of episodic memory. In particular, affected subjects may start repeating statements and questions over and over, forgetting conversations, appointments or events, misplacing possessions, often putting them in illogical locations.

Disorientation is also commonly observed at these early stages, and may involve both the temporal and spatial dimension. In parallel, impaired judgment, decision-making, and reasoning strongly limit the capacity of responding effectively to everyday problems, and managing occupational and personal interests.

During the course of the disease other cognitive symptoms may occur, such as aphasia (a disturbance of language comprehension and/or expression), apraxia (the inability to perform learned, purposeful movements), and agnosia (the inability to recognize familial objects and sensorial stimuli). Overall, these cognitive disturbances progressively limit the functional independence of the affected individual in preforming routine activities."

In my first post I suggested that to explain how we come to experience a sense of embodiment in an artificial hand during the rubber hand illusion we need to represent the rubber hand as sufficiently similar to our own real hand.

Building from this insight Manos Tsakiris suggested that a series of explicit comparisons between factors such as seen and felt touch as well as the shape of the seen hand and the known shape of one's own real hand would be needed.

However, we might worry that any account like this which requires a specific series of discrete matches to be made doesn't give us enough flexibility to understand the illusion. For example, several studies have suggested that we cannot induce the illusion if we use a non-hand shaped object in place of the prosthesis. However, recent studies using virtual reality have shown that the illusion can be induced for non-hand like objects, including cones and feet, if the illusion is induced via the model moving in synchrony with the subjects hand. If the illusion were to be accounted for by a series of comparisons, each of which must be met, then this ought not occur. What we want is a way to understand this matching that allows for variable influence of factors. 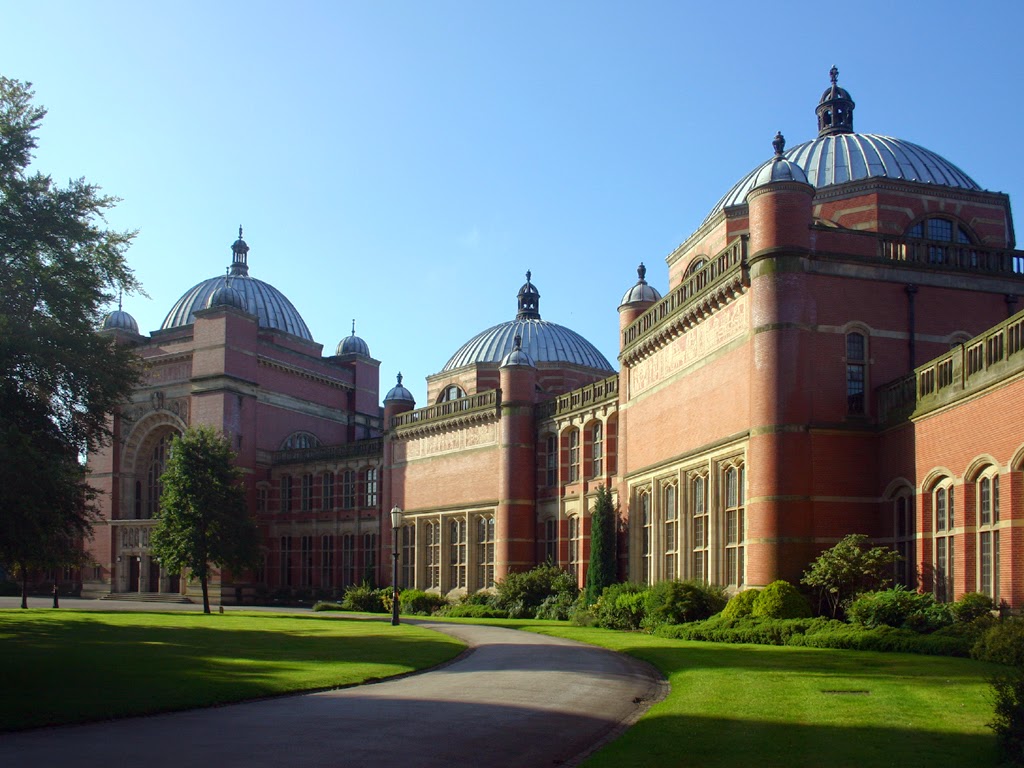 Here's something cool we can do: we can make people feel like they experience touch in a lifeless prosthetic hand and even that the prosthesis is their own hand. Not only is this pretty cool in itself, but it actually can be used to tell us quite a bit about the mind. We like this illusion, called the rubber hand illusion, because it lets us alter the experience of a hand being a part of one's body. Before the illusion was discovered this really only occurred following stroke or other forms of traumatic injury to the brain, in a delusion know as somatoparaphrenia sufferers of which claim that one of their body parts belongs to someone else.

The discovery of the illusion gave us a way to experiment on this kind of experience. We also like the illusion because it involves, as we will see, the use of information from various different senses to produce a representation of a single object. It thus gives us another way of experimenting with how the senses interact. More than this it gives us a way to experimentally manipulate an aspect of self-consciousness which I call “the sense of embodiment”. Others call this, misleadingly I have argued, “the sense of ownership”. Here it doesn't really matter what we call it, what matters is that it is the experience of a body part (or anything else for that matter) being a part of oneself.

Read more »
Posted by Glenn Carruthers at 08:00 No comments:

Addiction and Weakness of Will

Mental conflict not always amounts to weakness of will. Irresistible motives not always speak of addiction. This book proposes an integrated account of what singles out these phenomena: addiction and weakness of will are both forms of secondary akrasia. By integrating these two phenomena into a classical conception of akrasia as poor resolution of an unnecessary conflict – valuing without intending while intending without valuing – the book makes an original contribution to central issues in moral psychology and philosophy of action, including the relationship between responsibility and intentional agency, and the nature and scope of moral appraisal.

In particular, the proposed integrated account is grounded in a general theory of responsibility and a related model of action as actualisation bringing together insights from both volitional and non-volitional conceptions, such as the intuition that it is unfair to hold a person responsible for things that are not up to her and the parity of actions and attitudes as legitimate objects of moral appraisal. Furthermore, the actualisation model supports a distinctive version of the Guise of the Good thesis which links valuing and intending in terms of success in action and explains why akratic actions and their offspring – addiction and weakness of will – are necessarily less than successful yet fully responsible.

Read more »
Posted by Lubomira Radoilska at 08:00 No comments:

Email ThisBlogThis!Share to TwitterShare to FacebookShare to Pinterest
Labels: addiction, new books, weakness of will

Cultural Syndromes and the Costs and Benefits of Imperfect Cognitions

I’m a philosopher at the Academy of Finland Centre of Excellence in Philosophy of the Social Sciences and the University of Cambridge. I have been exploring the possibility that the human categories employed in psychology and the social sciences are not mere social constructions, but denote something real and epistemically useful to base a science on (or to use philosophical jargon, ‘natural kinds’). As part of my work I am keen to look more closely at particular case studies that engage scientists. One case that has challenged my realist project is that of cultural syndromes (or culturally bound syndromes).

At least on the face of it cultural syndromes hardly seem very scientific or very real. They represent conditions or disorders that do not occur in the human population at large, but instead seems connected to a particular time period and a particular culture. They also involve stories about the body that defy scientific fact. One well-known case in India, but also in other parts of Asia and the West, is dhat. It involves anxiety and a sense of doom about losing one's semen during the night. Another, in Cambodia is Kyol Goeu (‘Wind Overload’), a form of panic attack, believed to be caused by a wind-like substance within the body. Recently pre-menstrual syndrome (PMS) has also been proposed as a cultural syndrome on the grounds that there appears to be no clear link between women’s negative moods and the pre-menstrual phase of their cycles.

Cognitive Futures in the Humanities Conference

This conference in Durham was designed to bring together different disciplines across the humanities with specific emphasis on those whose work relates to, informs, or is informed by aspects of the cognitive, brain and behavioural sciences. Cognitive Futures is an international, interdisciplinary research network supported by the UK’s Arts and Humanities Research Council (AHRC), 2012-14.

As well as the main speakers and some general sessions there were five themed sessions: