This book aims to contribute to debates within moral philosophy and in philosophy of mind.

There has been a lot of debate in recent years focusing on the relationship between consciousness and moral responsibility. Some of this debate has been spurred by work in neuroscience and in social psychology, which allegedly shows that we lack ‘conscious will’: we are not conscious of the volitions that actually cause our actions. This work has been taken by some neuroscientists to threaten moral responsibility: “We do not hold people responsible for actions performed unconsciously, without the possibility of conscious control”, Libet claims. On the other hand, and quite independently of concerns over these alleged threats, a number of philosophers have recently argued that consciousness is not needed for moral responsibility at all: that we can be morally responsible for actions while unconscious of the reasons for which we act.

Remembering from the outside?

Currently I am a PhD student under the supervision of John Sutton at the ARC Centre of Excellence in Cognition and its Disorders, Macquarie University.

One of John’s research projects, and the topic of my PhD, is a philosophical investigation of visual perspective in autobiographical memory, and we recently gave a talk on this subject at the Philosophy of Memory Workshop in Adelaide.


When remembering past experiences, one can remember the event from one’s original point of view, maintaining the same visual perspective on the scene with which one experienced the event. Many people, however, report sometimes seeing themselves in the remembered scene, from an external or third-person perspective. Following Nigro and Neisser’s seminal paper these are known within psychology as memories from field and observer perspectives respectively.
Read more »
Posted by Christopher McCarroll at 06:00 No comments:

Email ThisBlogThis!Share to TwitterShare to FacebookShare to Pinterest
Labels: memory, perspective, self

Distortions of Memory: Costs and Benefits 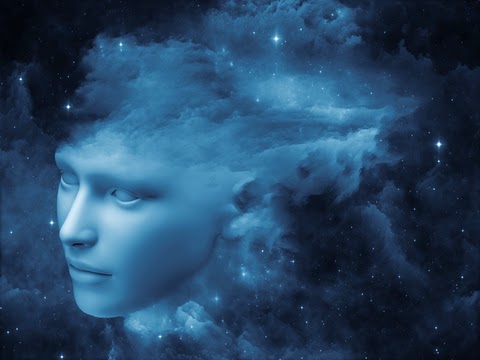 Departures from reality and self-enhancing distortions apply not just to beliefs about the present and to future predictions, but also to memories. People neglect evidence of bad performance, concentrating on evidence of good performance, and emphasising their contribution to successful enterprises. When one’s personal story takes an unexpected direction, there are two conflicting epistemic demands: one needs to impose some coherence between new and previous episodes in the story, but also guarantee as much correspondence as possible between the story and the experienced reality.

These principles of coherence and correspondence apply to autobiographical memory (Conway 2005): memories are sometimes altered to preserve a coherent self as the past is re-written to make sense of current goals and a new self-image.

Distortions exaggerating continuity between previous and present self may also be psychologically adaptive by enhancing self-appraisal and well-being. One instance of the so-called consistency bias is when we interpret the past in the light of the present (see also Dean 2008). People were asked to rate their attitudes towards major social issues, such as whether drugs should be legalised, whether women should obtain equality of treatment, and whether ethnic minorities should be helped. Nine years later, the participants were asked to provide the same ratings again, and also to report what their attitudes had been the first time around. Participants remembered their past attitudes as much closer to their current attitudes than they actually were (Markus 1986).

Workshop on Memory in Adelaide

On Friday, November 15th, a workshop on the philosophy of memory took place at the University of Adelaide, South Australia. This workshop was organized by Suzanne Bliss and myself, and it was funded by a grant from the Australian Research Council for a project on the debate between the 'false memory' approach versus the 'recovered memory' approach to reports of long-forgotten memories of sexual abuse.

The project is now finalizing its first phase, which has dealt with conceptual issues on the metaphysics of memory (what kind of causal history must a mental state have to count as a memory), the epistemology of memory (what kind of knowledge do we have of our own memories?) and the phenomenology of memory (what aspects of what it is like to remember something episodically are essential to memory, and what aspects could be missing from memory?). The workshop concentrated on conceptual issues for that reason.

The Epistemic Benefits of False Autobiographical Memories and Beliefs

Our previous post outlined the evidence for episodic memory being a constructive process, and one that plays a necessary role in our ability to imagine future scenarios. In this post, I hope to sketch out a framework directly relating our work on episodic simulation to one of the main topics of this project: false beliefs and memories.

The constructive nature of episodic simulation – whether it be remembering or imagining the future – allows for deeply rooted cognitive biases to play a role in these processes. In particular, biases that maintain (or increase) self-esteem have been shown to strongly modulate properties of episodic simulation. In the case of episodic memory, we tend to remember positive events in more detail than negative events, regard achievements as occurring more recently than failures when this is not case, and experience a more rapid loss of affect associated with negative events relative to positive events. Similar effects are observed when imagining the future: in the face of compelling evidence, we have a strong tendency to underestimate the probability of future negative events while overestimating the probability of positive future events.