Facts and Values in Mortality Data during the Pandemic

Today's post is by Maria Cristina Amoretti and Elisabetta Lalumera. This is their second of two blog posts on applied philosophy of science and conceptual analysis in the time of COVID-19.

As philosophers, one of our interests is the interplay of facts and values in medical sciences. We think that debunking the myth of science as purely factual is a contribution that philosophers can usefully bring to society. We also think that science can be nevertheless objective and trustworthy, but not in virtue of being purely factual – as many philosophers have argued recently. In a recent paper, we focused on mortality statistics during the pandemic.
Mortality data have been very salient throughout the pandemic, both at the personal level, by influencing our emotional uptake of the situation, and at the level of society, as government’s decisions are based on epidemiological models, which, in their turn, are fed by mortality data. When is someone’s death due to COVID-19 or, more specifically, when does COVID-19 qualify as the underlying cause of death? For an answer, we analyzed the rules for the certification of death issued by the World Health Organization (WHO). 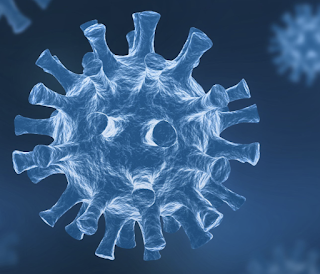 These rules, supplemented by instructions contained in the Reference Guide of the International Classification of Diseases (ICD) (WHO 2018), are adopted in most countries, so that the death certificate has the same format. According to these rules, the death certificate should contain all conditions the doctor considers causally and etiologically relevant to the person’s death, but one single underlying cause of death must be specified. It is defined as “the disease or injury that initiated the train of morbid events leading directly to death, or the circumstances of the accident or violence which produced the fatal injury” (WHO 2018, 2.17.1).

This definition underpins a mechanistic conception of causality. However, the guiding principle that should inform the selection of one single underlying cause is explicitly the possibility of prevention of deaths to the benefit of public health (WHO 2018, 2.19.2). Thus, we argued, a prudential or normative principle is used to select from among the causes pertinent to someone’s death. We also noted that the same prudential principle figures in the rules for certifying deaths due to HIV-AIDS, for analogous public health reasons, namely, to prevent the highest number of deaths.

In conclusion, a statement on a death certificate, identifying COVID-19 as the underlying cause of death, may be considered a non-purely descriptive predicate, as grounded on both factual (causal chains and the patient’s medical conditions before and at the time of death) and non-factual reasons (the importance of prevention of more deaths). We think that many arguments can be brought to defend such non-factual reasons. However, it is important to disentangle them from facts. Whereas facts can only be described, reasons can be argued for.
Posted by Lisa Bortolotti at 08:00 No comments: