On Memory Errors: An Interview with Sarah K Robins

Today's blog post is an interview by Project PERFECT research fellow Kathy Puddifoot with Sarah K. Robins (pictured below), an expert on false memories and Assistant Professor of Philosophy at the University of Kansas. 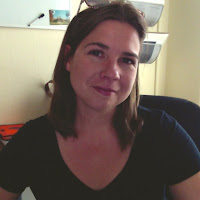 KP: You are an expert on memory. How did you become interested in this topic?

SR: I became interested in memory as I was starting to put together a dissertation back in graduate school. Originally, my interest was in the personal/subpersonal distinction but I was spinning my wheels a bit. My advisor, Carl Craver, posed a question to help get me going: are memory traces personal or subpersonal? In pursuit of that question (still a difficult one to answer), my interest shifted to memory itself. There were so many interesting philosophical questions about memory—and so little connection with the vast amount of research on memory in both psychology and neuroscience. I was excited about how little work had yet been done on these intersections and that excitement has kept me going to this day.

SR: I’m fascinated by memory errors in general because they serve as an instance of a general rule for inquiring into cognitive and biological systems—you can learn a lot about how and why they work by observing what happens when they break. To this end, I’m interested in moving beyond broad discussions of false memory to promote a more refined taxonomy of memory errors that distinguishes all of the various ways that attempts to remember can go awry.

Misremembering errors struck me as a good place to start on this larger project because they are easily produced and distinctive, plus they have a quasi-paradoxical nature that makes them especially appealing to philosophers. Misremembering errors, as I characterize them, are an interesting blend of success and failure—they are errors that rely on retention. Specifically, I define misremembering as “a memory error that relies on successful retention of the targeted event. When a person misremembers, her report is inaccurate, yet this inaccuracy is explicable only on the assumption that she has retained information from the event her representation mischaracterizes” (2016: 434).


Despite sounding technical, these misremembering errors are quite common in everyday life. You might retell a joke you heard at a recent dinner party, giving credit to your uncle when it was actually your cousin who told the joke initially. What you’ve reported is inaccurate, but it relies on getting most of what occurred (i.e., the dinner party, the joke’s punch line, that it was told by a male) right. Many of our memory errors are like this—and because the errors are harmless enough it is easy for them to go unnoticed. They don’t interfere with everyday functioning. But when it comes to theorizing about memory, they create big problems because it is hard to explain how a person can both store information about a past event and generate a representation of that past event that gets the details wrong. In my writing on misremembering errors, I’ve argued that neither of the two main views of memory, the Archival and Constructive views, can handle such errors.

KP: You criticise aspects of two popular views of memory, the archival and constructive views, and propose a hybrid view. Can you briefly summarise these views and tell us what you think the problems are with each?

SR: The Archival View is the traditional, default view of memory, both in formal theorizing about memory and in commonsense accounts of this capacity. It is the view of memory as an internal database, or video recording, or some other form of perfect storage. In movies, we often see scientists using some mythical device to unlock memories trapped away in someone’s mind—the assumption that this is how memories are stored is reflective of the Archival view. This traditional view is challenged by both the kind and quantity of memory errors documented over the last few decades in cognitive psychology. Memory errors are so frequent, and they so often combine confuse and distort memories of otherwise distinct events, that the preservative characterization of the Archival view looks inapt.

The Constructive View has been around, in various forms, since the early 20th century. It is largely a response to the Archival View. Proponents of the Constructive View argue that memory is a capacity for building (i.e., constructing) representations of past events. Memory still preserves information from the past, but this information is retained in a generalized way; there is no retention of information from particular past events. This enables the Constructivist to explain why memory errors so often involve errors and distortions—it isn’t a system designed for preservation. The Constructive View does well explaining our tendency toward memory errors, but it doesn’t do so well at explaining how particular misremembering errors come about. Since memory errors involve some successful retention, most Constructivists struggle to capture that element of these errors.

Ultimately, I think the right approach is somewhere in the middle, and some such hybrid view is the one I’m now working to articulate. I think that Constructive elements must certainly be involved, but that the right view of memory may be closer to the traditional Archival approach than lots of recent Constructivists have assumed.

KP: Philosophers, psychologists and neuroscientists all study cases of misremembering. What do you think that philosophers in particular can contribute to our understanding of these cases?

SR: Philosophers can contribute by providing a “big picture” view—situating various types of memory errors in a taxonomy rather than focusing on a particular paradigm or form of error as empirical research often requires. Philosophers can also help by articulating and refining the commitments of various theories of memory, which can in turn suggest new types of experiments to further distinguish between competing views.

SR: I do think that some false memories come with epistemic benefits. This is part of why I think it’s important to develop a taxonomy of memory errors—to help sort the useful ones from the ones that are more truly reflective of deficits. I think misremembering errors are often epistemically beneficial - they promote efficiency in memory storage and usually reflect having retained the essential, important features of an event a the expense of extraneous details (thereby supporting understanding).

This would explain why misremembering errors (like the DRM effect) are associated with measures of creativity and intelligence and are not found in patients suffering from Alzheimer’s. The ability to shed unnecessary details and retain information in a way that connects it to other things one already knows or has encountered is surely a good thing epistemically, even if it does compromise one’s ability to display a perfectly preservative memory. This may also be way persons with highly superior autobiographical memory (people who can remember nearly every event from their past, like Jill Price) have difficulty interpreting the significance of particular events.