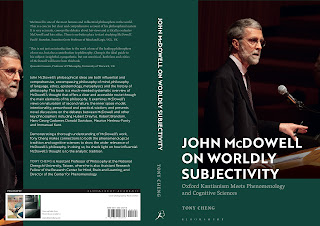 In this book, I explicate John McDowell’s philosophy with an emphasis on a specific Kantian how-possible question: how is subjectivity possible, given what we know about the world? This question is too vague until we specify what we do know (or at least claim to know) about the world. For example, if we ask: “how is subjectivity possible, given physicalism?”, McDowell might reply that with that specific worldview – physicalism – subjectivity can seem impossible. His general strategy is to broaden our metaphysical outlook: according to the picture he is recommending, physicalism is only half-right: it is right about the first nature, i.e., physical nature. What physicalism misses is the Aristotelian second nature, i.e., the nature that encompasses human intentionality and rationality. Given this relaxed naturalism, the above “how-possible” question will become much less urgent, or not urgent at all: subjectivity is not only possible but actual; it is an actual phenomenon that is inherited in our second nature.

This book aims to uncover the many faces of human subject via exploring aspects of McDowell’s worldview. More specifically, the aim is twofold: first, how does a Homo sapiens, an animal, can nevertheless be a Cogito, i.e., having the capacities for being responsive to reasons as such, and to think about oneself? Second, how can this minded human animal be a perceiver, knower, thinker, speaker, agent, person, and conceptual cum self-conscious being in the world? This takes the entire book to unpack, and here is not the place to rehearse or summarise it. Below I highlight two elements in the subtitle, namely: phenomenology and cognitive sciences. 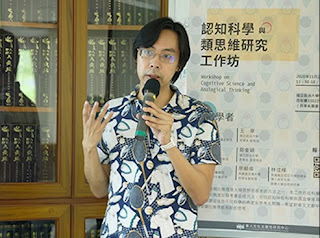 McDowell has been engaging many western philosophical traditions throughout his career, but when it comes to the continental phenomenological tradition, his engagements have been minimal and reactive. It began with Hubert Dreyfus’ criticisms (circa 2006) based on works by Heidegger, Merleau-Ponty, and Samuel Todes. McDowell and Dreyfus had a series of exchanges on conceptualism in perception and action, but the moral in that exchange is rather limited: Dreyfus construes McDowell’s view on the mental so narrowly that phenomenological objections naturally apply to that view, but with some careful readings we know that McDowell does not hold that view. There is much to learn in their actual exchanges, but the take-home message is simple and even disappointing. Now, the phenomenological tradition is huge, and there is much more to explore in that direction.

In this book, what I offer is only some early steps toward that aim. As a dedicated Kantian, McDowell’s overall framework is sometimes restricted by Kant’s original ideas. For example, according to Kant, varieties of synthesis are all active, but this might be in tension with McDowell’s view that conceptual capacities are passively operative in experiences. This is where Husserl’s passive synthesis can come in, though the actual details need to be worked out. Similarly, Husserl and Merleau-Ponty have different notions of the body, and that can shed lights on the embodied and embedded mind picture that can already be found in Mind and World.

As for cognitive sciences, a prominent example is Ned Block’s discussions of experiential imprecision and overflow in vision science. For McDowell, the richness argument and the fineness-of-grained argument are two important considerations against his conceptualism. In the empirical literature, Block’s discussions of overflow and imprecision roughly correspond to the richness and the fineness-of-grained arguments. This does not imply that the original conceptual arguments can be replaced by their empirical counterparts, but considerations from the cognitive science literature can definitely shed light on the original discussions.

I hope this has given enough incentives for you to read the book. I am glad to receive feedbacks and questions electronically; feel free to write to me about this and other stuffs! I also work on many other topics, which can be found in my personal website: tonycheng.net.