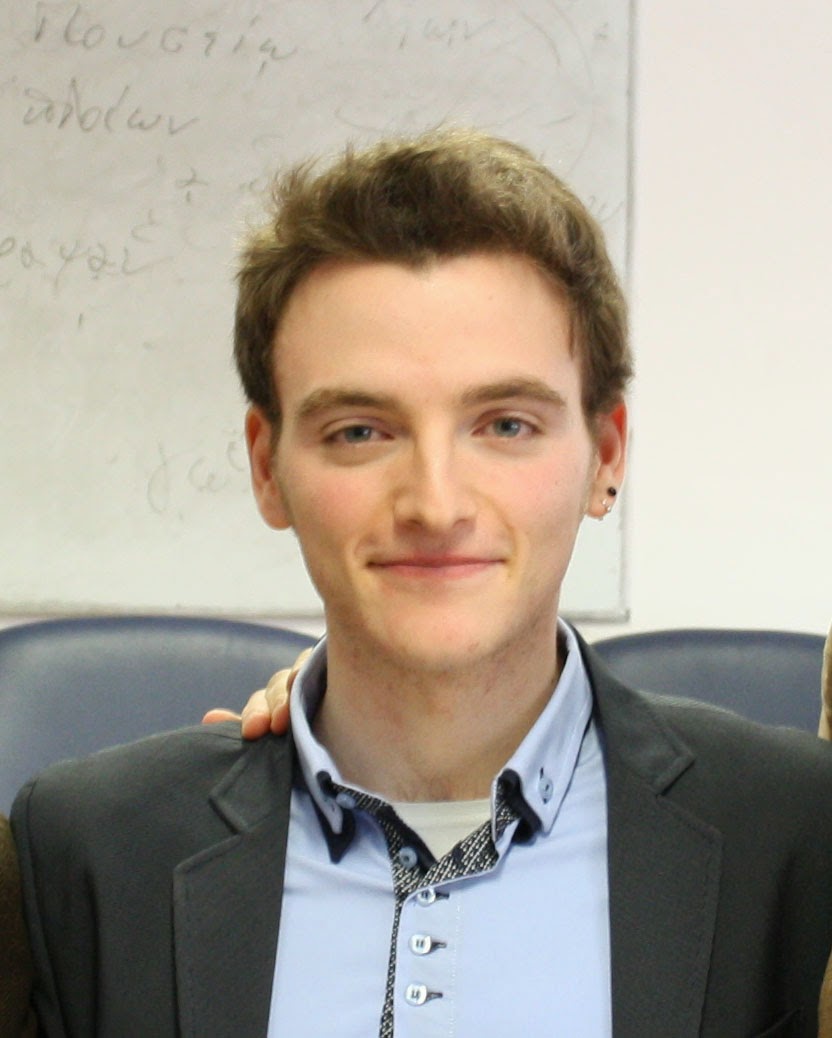 This post is by Michele Tinnirello (pictured above), a PhD student in Philosophy at University of Messina. His research covers the pragmatics of acts of communication within philosophy of language and its relationship with philosophy of mind, neurolinguistics, and artificial intelligence.

My philosophical background concerns mainly the most famous debates within the philosophy of mind and language as well as the relationships with other branches of cognitive science. I am now focusing on the most recent accounts of the semantics/pragmatics debate, in order to achieve, or at least try to achieve, a stronger and global view of how our mind is able to shape and understand meaning.

This, of course, involves not just philosophical questions and speculation, as it requires contributions from a lot of different fields like, e.g., psycholinguistics and neurolinguistics. Actually, I believe that a multidisciplinary approach is absolutely preferable when it comes to understanding how our mind works and project PERFECT seems a very a good example of this kind of research.

As we know, following most of all Freud as the pioneer of this methodological stance, pathological situations can be used as magnifiers of the non-pathological functioning. For instance, thanks to a lot of cases of aphasias we now know more about Broca’s or Wernicke’s area's roles in language processing, the independence of syntactic and semantic elaboration, and even selective impairments regarding just inanimate rather than animate objects and so on.

For this post, I would like to use an example from Steven Pinker’s The Language Instinct: How the Mind Creates Language (1994). In this book, Pinker argues in favour of language innatism, bringing us a lot of examples along the way to support his thesis. One of the most interesting, yet - as far as I know - least developed and discussed examples, concerns what is known as chatterbox syndrome.

Subjects affected by this syndrome have strong cognitive impairments, except for language: they are formidable speakers. Pinker describes the case of Denyse, a fourteen year old girl speaking of some problems occurring with her bank account during an interview with psycholinguist Richard Cromer:

'I like opening cards. I had a pile of post this morning and not one of them was a Christmas card. A bank statement I got this morning!'

[A bank statement? I hope it was good news.]

'I hate... My mum works over at the, over on the ward and she said "not another bank statement". I said "it's the second one in two days". And she said "Do you want me to go to the bank for you at lunchtime?" and I went "No, I'll go this time and explain it myself". I tell you what, my bank are awful. They've lost my bank book, you see, and I can't find it anywhere. I belong to the TSB Bank and I'm thinking of changing my bank 'cause they're so awful. They keep, they keep losing . . . [someone comes in to bring some tea] Oh, isn't that nice.'

'They've got the habit of doing that. They lose, they've lost my bank book twice, in a month, and I think I'll scream. My mum went yesterday to the bank for me. She said "They've lost your bank book again". I went "Can I scream?" and I went, she went "Yes, go on". So I hollered. But it is annoying when they do things like that. TSB, Trustees aren’t... uh the best ones to be with actually. They're hopeless.'

As we can see, Denyse is able to give a lot of details about her disappointment towards the agency, she says her mother has asked her to speak to the agency on her behalf, she even says (in another part of the interview) she has a joint account with her boyfriend. Of course, being just fourteen, Denyse does not have a bank account (nor a boyfriend). She is indeed able to build a really intricate, sophisticated and convincing story.

Chatterbox syndrome is present, most of the time, in hydrocephalus subjects, and it testifies to an independence between linguistic verbal competence and other fundamental mental faculties (Denyse is not even able to read and write). Inserting this case within the framework concerning the pragmatics of act of discourse and their intentionality (Bara 2010, Jaszczolt 2005, Recanati 2010, Searle 1980), I would like to address some questions:

What can we say about the intentionality of her statements?

May her stories be of any interest for a theory of the pragmatics of false beliefs?

May cases such as Denyse’s one be of any help in understanding the relationship between language and the other cognitive faculties?

The possible answers to these questions are at the moment one of my concerns in the general economy of my research project, and I would really appreciate everyone interested in the matter to join the debate.