Today's post is provided by Katya Numbers. She discusses her recent paper "Ageing stereotypes influence the transmission of false memories in the social contagion paradigm", which is forthcoming in Memory.

I am a Postdoctoral Researcher at the University of New South Wales as well as the Coordinator of the Sydney Memoryand Ageing Study. My research focuses on metamemory (our beliefs about our own and others’ memories) and ageing. Specifically, I am interested in whether peoples’ subjective beliefs about memory and age can predict and/or influence actual memory performance, both in younger and older adults. 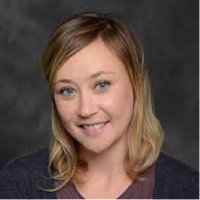 If two people are recalling a shared event, and one person misremembers that event, it is very easy for their false memory to change the other person’s memory of what occurred. We call this the social contagion of memory.

It has been well established that the social contagion effect is influenced by how credible a person is seen to be. That is, people are more likely to adopt false memories from someone they view as a credible memory source compared to someone they see as less credible. The logic behind this is simple: if we think someone is credible, there is not much reason to pay close attention to what they are saying. This allows false suggestions to sort of seep into our memory without us noticing. Alternatively, if we don’t see someone as credible, then we are motivated to pay closer attention to what they are telling us. This makes it easier to first detect, and then later reject, any false information they might suggest.

In Western cultures, one way that a person’s credibility is challenged centres on stereotypes of memory and ageing. If you ask someone to describe a “typical old person”, words like forgetful, feeble and confused readily come to mind. Importantly, though, stereotypes of ageing are multidimensional. So, it’s possible that you may doubt the memory of an old person while at the same time appreciating the wisdom that comes with age. In this way, on older person can be viewed as either “feeble and forgetful” or “experienced and wise” depending on the type of information we have about them.

In a recent paper, myself and my co-authors examined whether manipulating stereotypes associated with an older person would influence the social contagion effect. To do this, we paired college-aged students with an older “partner” who was actually a confederate (someone who is in on the experiment). Next, we manipulated the type of age stereotype associated with her by providing participants with bogus background information about her.

For our negative stereotype condition, participants were told our confederate was retired, living in an aged care facility, and partook in sedentary activities (e.g., knitting). For our positive stereotype condition, participants were told the confederate was completing her Bachelor’s degree, living independently, and enjoyed challenging activities like learning German (all things that were true, by the way!).


Next participants and our confederate viewed slides of common household scenes (e.g. Bathroom) before recalling them first together and then again alone. Critically, during the collaborative recall phase, our confederate suggested false items that were never actually in the slides (e.g. Shampoo). We then looked to see whether participants reported these false items in their own recall later.

As predicted, in our negative stereotype condition, participants adopted less of the older confederate’s false suggestions. They were also better able to say that she (and not the original slides) was the real source of these false items. These results were in line with our hypothesis that participants in this condition would see the confederate as a less credible memory partner, which would in turn encourage them to pay closer attention to what she was saying during collaboration.

This study has implications both in theory and in practice. For example, we know that adults of all ages consider memory failures to be more serious if the person experiencing those failures is old. This is important because research also shows that appraisals by others about the seriousness of memory failures can indirectly affect the confidence, self-esteem, and ultimately the performance of the person experiencing those failures.

Therefore, the way that people perceive older adults’ memory and credibility may matter – and it may matter quite a lot. I argue that future research should focus on finding conditions under which positive perceptions of ageing can be implicitly or explicitly primed so that they outweigh negative and potentially harmful commonly held beliefs about memory and age.