Today's post is by Selene Arfini, post doctoral researcher in the Computational Philosophy Laboratory at the Department of Humanities, Philosophy Section at the University of Pavia. She presents her recently published book, Ignorant Cognition: A Philosophical Investigation of the Cognitive Features of Not-Knowing (Springer 2019). 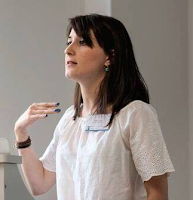 Ignorance, considered without further specifications, is a broad and strange concept. In a way, it is easy to analyze ignorance as something that does not really affect the agent's knowledge: we know A and we are ignorant of B, but the two things are not necessarily related. In another way, we need to face phenomena as misinformation, a highly recognizable form of ignorance that cannot be represented as unaffecting the knowledge of the agent since it has an impact on her/his belief system and understanding.

On the one hand, we instinctively frown upon ignorance if we believe it is purposefully cultivated. On the other hand, we know that we are bound to be ignorant of something: since we cannot know everything, we must rely on others for the expertise we are not able to get in our finite time. Ignorance traditionally bears a negative mark that makes us associate it with fake news, misinformation, and irrational beliefs. At the same time, it can also be associated with an investigative mindset: doubting, researching, and guessing are all ways to acknowledge and take advantage of one's ignorance.

To study ignorance, thus, one needs to choose either one of two strategies: to focus on one aspect or definition, or to approach ignorance as a broad concept, acknowledging its clashing traits and its wide theoretical range. The book Ignorant Cognition aims at following the second solution and at comprehending the fundamental characteristics of ignorance as a cognitively rich term. Indeed, by defying the need for one-line definitions (that necessarily exclude some facets of this concept), the book approaches ignorance as a broad notion that refers to a plurality of cognitively rich phenomena. In particular, the book focuses on three ways ignorance is impactful on the cognition of the human agent.

First, ignorance is taken as a critical element to consider when analyzing the metacognitive capabilities of the subject. So, the first question the book aimed at addressing was: what role does ignorance play when we measure the depth of our doubts, the validity of our knowledge, or the righteousness of our actions?

Second, the book also approaches ignorance as a necessary ground for knowledge. Heuristic reasoning, hypothetical thinking, model-making, and other fruitful cognitive activities need to make use of the agent's ignorance to produce data, learning, and understanding. Following these considerations, it is natural to ask: How these cognitive activities deal with ignorance? Do they eliminate, manage, or preserve it?

A third approach to understanding the cognitive impact of ignorance was highly related to its negative mark as a common-sense word. Ignorance is usually considered dangerous because it does not only affect isolated individuals, but it can also spread and circulate in communities and groups. How does this circulation happen? What are the rules of ignorance-spreading, and how does it affect the social dimensions and possibilities of one's cognition?

Of course, even after addressing these primary questions, the research around the concept of ignorance and its cognitive impact is far from complete. Nevertheless, I believe that by adopting a pragmatical and comprehensive approach to face its complexity, the epistemological study of ignorance will more easily develop new materials, hypotheses, and theories to understand and bridge its fascinating clashing traits.