The Epistemic Innocence of Irrational Beliefs

Here I am briefly presenting my new book, The Epistemic Innocence of Irrational Beliefs, out today in the UK with Oxford University Press. Research culminating in this book was conducted for several projects that contributed to this blog, including project PERFECT, the Costs and Benefits of Optimism project, and the Epistemic Innocence of Imperfect Cognitions project. 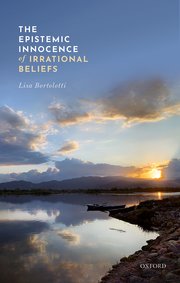 In an ideal world, our beliefs would satisfy norms of truth and rationality, as well as foster the acquisition, retention, and use of other relevant information. In reality, we have limited cognitive capacities and are subject to motivational biases on an everyday basis.

We may also experience impairments in perception, memory, learning, and reasoning in the course of our lives. Such limitations and impairments give rise to distorted memory beliefs, confabulated explanations, and beliefs that are delusional and optimistically biased.

Here is a brief explanation of epistemic innocence:

Six philosophers in the Imperfect Cognitions Research Network, all researching aspects of belief and rationality, have agreed to participate in a virtual book launch for this monograph with the following video presentations:

You are warmly encouraged to watch the videos, and then leave comments and ask questions about the book to them or to me here or on Twitter using the hashtag #EpistInnocence2020.