Thinking, Believing, and Hallucinating Self in Schizophrenia

Today blog post is by Clara Humpston, a Research Fellow at the Institute for Mental Health, University of Birmingham. She summarises her most recent paper co-authored with Matthew Broome in The Lancet Psychiatry. This paper is freely accessible upon registration on the Lancet’s website.

We aimed to discuss the history and concepts of self-disturbance in relation to the pathophysiology and subjective experience of schizophrenia in terms of three approaches: 1. The perceptual anomalies approach of the Early Heidelberg School of Psychiatry (with the kind help from Professor Aaron Mishara); 2. The more recent ipseity model by Louis Sass and Josef Parnas; and 3. The predictive coding framework rooted in computational psychiatry.

Despite their importance, there has been a notable absence of efforts to compare them and to consider how they might indeed work together. Self-disturbances are transformations of basic self that form the inseparable background against which psychotic symptoms emerge. Integrating computational psychiatric approaches with those employed by phenomenologists, we understood delusions and hallucinations as inferences produced under ‘extraordinary’ conditions and would be both statistically and experientially as real for patients as other mental events. Such inferences still approximate Bayes-optimality given the circumstances and may be the only ones available to minimise prediction error.

Most people would never wonder, let alone doubt, whether the thoughts they think are indeed their own. However, in cases of self-disturbances found in schizophrenia and related psychoses, the ‘minimal self’ is damaged (but still never truly absent) and susceptible to anomalous experiences such as confusing internal mental events with external stimuli. The Early Heidelberg School of Psychiatry defined self-disturbances as something that did not arise from impaired conscious self-acquaintance (ipseity), but rather would involve unconscious processing. On the other hand, the ipseity model by Sass and Parnas proposes a heightened self-awareness leading to the alienation of mental events and places lessemphasis on unconscious processing. Nevertheless, there was common ground between these models, such as the convergence on the ‘Basic Symptom’ concept. 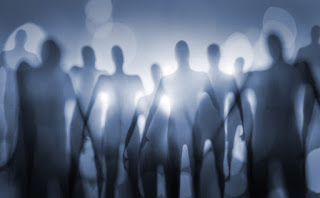 We previously argued that inserted, alien thoughts and auditory-verbal hallucinations are two sides of the same coin and both are rooted deeply in a fragmented self-consciousness. According to the predictive coding account, enhanced precision weighting of internal events such as thoughts makes the prediction error signal much more salient and calls for an update of the brain’s current hypothesis. In this case the ‘incoming’ thoughts would become akin to sensory data input (likelihood) as the Bayesian framework is not limited to ‘real-world’ sensory data only. This understanding could lead to real-life impacts on how clinicians talk to their patients about their psychotic experiences.

The priority for clinical intervention is misplaced if it focuses solely on the ‘correction’ of the patient’s thoughts and perceptions. Rather, the emphasis should be on how patients can lead a fulfilling life with their symptoms, and over time become better able to control and counteract their perceived influence on the patients. Clinical relationships are best supported when the clinician combines neuroscientific and phenomenological approaches.

Even from a purely neuroscientific point of view, as shown by the Bayesian inference framework, delusions are still the best hypotheses the patient can generate and to a certain degree defend, given the unusual circumstances. It should be borne in mind that schizophrenia carries the heavy burden of stigma even in the clinic because some clinicians do not (and perhaps refuse to) understand the illness, and not that patients living with the illness cannot understand their clinicians. After all, there are intersects between the patients’ and the clinicians’ experiences of reality. By beginning to seek these intersects, a therapeutic dialogue would surely ensue.