The Epistemology and Morality of Human Kinds

I have written a book about human kinds, such as kinds of gender, religion and ethnicity. In the book I try to answer questions both about how these kinds come about and what their role in science and in policy is. Here I will focus on summarizing some of what I say about the positive role that human kinds can play in science and policy. I have come to think that people (including myself) must often be convinced that there is a point to talk about human kinds before they can take an interest in what they are and how they come about.

If I were to write a book on natural kinds, I might not have needed to spend much time on this task. After all, few would deny that it is useful to gain knowledge about alleged natural kinds, like mineralogical kinds, chemical elements and different species of mammals. With knowledge about kinds like these we can, for example, make predictions about what unencountered instances will be like, we can begin to systematize and theorize about them, and we can then use our knowledge in everything from technological innovations to environmental conservation efforts.
But when it comes to human kinds, we don’t think of knowledge so much as all sorts of imperfect cognition. We hold prejudice against individuals in terms of their belonging to a certain race or gender, we use unfitting stereotypes in psychiatric treatment, and we engage in in-group and out-group thinking on the basis of certain categories. Why on earth should science and policy engage with human kinds in the first place? Should it not focus on treating each person as a unique individual as far as possible?
In the course of my book, I offer several answers in defence of human kinds. The first and most basic role for human kinds is that our knowledge of the human and social world must relies on some form of categorization of particular individuals into kinds just like knowledge of the natural world. True, the generalizations, which we base this knowledge upon, is less secure and less reliable than in the natural sciences. In fact, I suggest that often we are not interested in finding the strong generalisations at all; we are interested in finding reliable comparisons between different groups, say women and men, or comparisons between people with different sorts of professions.
But not any grouping will do for such comparisons. In principle we could set out to investigate the differential mood of groups that organize their books alphabetically in comparison to the mood of those that organize their books by colour, but we tend to think that little will be learnt from this kind of exercise. Kinds of mental disorder, kinds of profession, and kinds of political affiliation seem much more relevant for generalisations and comparisons. (A good question to ask here is, “why so?” This is where theorizing about human kinds comes in.)

Sometimes, even quite often, individuals will be stereotyped by social and medical science in ways that are not true of them individually (though the link to harmful stereotyping is not well understood). This brings me to a second defence of human kinds. This is that as long as there is wrongful differential treatment in the world ranging from subtle forms of negative stereotyping to historical wrongs to practices of apartheid, then we need some way of detecting patterns of difference between certain groups. One dominant way to do this is precisely via the scientific use of comparative generalizations between different human kinds that I just described.

Say we want to find out if men and women in Denmark have the same risk of facing bankruptcy in their small businesses, or whether an indigenous group in Canada face the same risk of severe illness upon infection of COVID-19 as a non-indigenous population. This implies that we can use empirical, statistical and, if we are very lucky, experimental methods to study comparisons between the same features of different groups. Even then it is of course not sufficient to detect a difference to be able to uncover an injustice (both value judgements and explanations are typically often needed for this), my point is just that a necessary first step for change is to first discover or check for differences between human kinds. 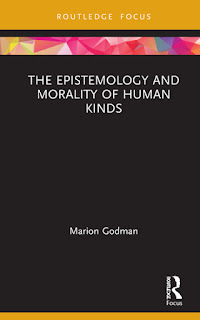 The final defence I offer for the importance of human kinds builds on my specific account of them as historical kinds that come about through individuals learning or assimilating with past models (yes, I know that is very quick, but apart from my book I have some open access papers on historical kinds if you want to take a look). This account does some further things for motivating a scientific interest in human kinds. The first thing is that it corrects for misunderstanding about human kinds such as them typically being explained by fixed neurological or genetic differences. Human kinds are instead predominantly constrained by the available models and different pressures and needs to conform to these models.

Since they are very much part of our inherited cultural fabric, human kinds are not easy to change. In fact, it may not even desirable to change all aspects of human kinds. True, many kinds may be associated with domination and subordination (such as with gender and ethnicity in many places) and this is surely something to resist. But human kinds do also matter for learning how to navigate the world, for inhabiting a social identity that gives us both a sense of uniqueness as well as a sense of belonging.
Posted by Lisa Bortolotti at 08:00