Duncan Pritchard is a Professor of Philosophy at the University of Edinburgh, and the Director of the Eidyn research centre. In this post, he introduces his new book. 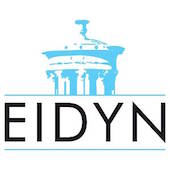 Philosophically speaking, the problem of radical scepticism—that is, the challenge to explain how knowledge is even possible—is both my first love and my true love. It was this puzzle that first drew me into philosophy, and it’s also this topic that I have returned to throughout my academic career. My thinking has finally been distilled into a book, entitled EpistemicAngst: Radical Skepticism and the Groundlessness of Our Believing (Princeton UP, 2015). In this work I offer a comprehensive—and completely novel—response to the (Cartesian) paradox of radical scepticism.

The book falls into four parts. In part one, I argue that the reason why the radical sceptical paradox has been so hard to resolve is that it is in fact two logically distinct paradoxes in disguise—one formulation that turns on the ‘closure’ principle, and a distinct formulation that turns on the ‘underdetermination’ principle. It follows that what might be an adequate solution to one of these formulations of the paradox need not thereby be an adequate solution to the other formulation. This leads me, in parts two and three, to offer a new way of thinking about two controversial responses to radical scepticism.

In part two my focus is the Wittgensteinian account of the structure of rational evaluation that is offered in his final notebooks, published as On Certainty. I claim that when these remarks are properly understood, Wittgenstein is proposing what I refer to as an undercutting response to the closure-based formulation of radical scepticism. That is, he is showing that this putative paradox is in fact nothing of the kind, since it trades on a claim about the structure of rational evaluation—what I refer to as the universality of rational evaluation thesis—that is false. In this way, rather than constituting an essential tension in our fundamental epistemic concepts, radical scepticism of this variety in fact arises out of a dubious philosophical claim that we should reject. Crucially, however, while I maintain that Wittgenstein offers us a compelling way of dealing with closure-based scepticism, this proposal gains no purchase at all on underdetermination-based scepticism, and hence for a resolution to this variety of scepticism we will need to look elsewhere.

As one might expect, the final part of the book aims to synthesize these two anti-sceptical views. In particular, I argue that although these proposals are often thought of as competing theories, they are in fact compatible, mutually-supporting, and natural bed-fellows. Indeed, I claim that marrying these two views together makes both of them stronger, in that they avoid generating problematic philosophical commitments. We thus get a philosophically motivated response to both formulations of the radical sceptical paradox, one that in both cases demonstrates that the puzzle is in fact a pseudo-problem. Hence the problem is not only resolved, but completely dissolved. We are thus able to finally bid farewell to epistemic angst!