The AISB Convention is an annual conference covering the range of Artificial Intelligence and Cognitive Science, organised by the Society for the Study of Artificial Intelligence and Simulation of Behaviour. The convention is structured as a number of co-located symposia on a wide variety of topics, together with a number of plenary talks and events. This year’s convention took place on 4-6 April at the University of Sheffield and included a most interesting symposium on new approaches to depression. Below I briefly summarise the content of the symposium talks. 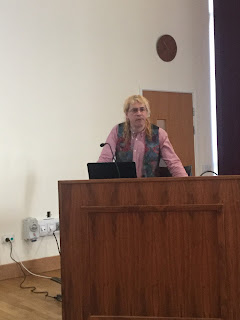 Joel Parthemore (University of Skövde, Sweden, pictured above) opened the symposium with his talk ‘Depression viewed from an enactive perspective: It’s the context, stupid.’ He pointed at some most commonly spread myths about depression, which contribute to the popular misunderstanding of the illness and may lead to stigmatization. These include a belief that depression always involves anhedonia or a belief that changes in brain chemistry cause depression. Parthemore argued that depression can be seen as adaptive: it is a warning sign of other psychological problems as well as a motivational force to creative responses and solutions.

The next speaker was Dean Petters (Birmingham City University) presenting a talk entitled ‘Steps to a design based understanding of depression.’ He analysed the function of pain and explicated it as a subjectively aversive adaptation shaped by natural selection. He stressed that the function of depression is a symptomatic psychological pain that results from an individual experience in stress and adversity.

Mark McKergow (University of Hertfordshire), in his talk ‘Mind The Person’ asked how much we really know about depression. He argued that the so-called ‘biopsychosocial model’ of health is at best confusing and does not picture the complex reality of human psychology. Although the thinking process can be allocated inside the brain it is a person who thinks rather than the brain itself. Therefore, ascribing attributes of wholes to some of their parts should be considered a ‘mereological fallacy’. McKergow proposed that depression ought to be understood as a person disorder rather than a brain disorder.

The next speaker was David Moffat (Glasgow Caledonian University) talking about ‘Learned helplessness: a model for depression. Is it rational?’ He asked whether learned helplessness is symptomatic of depression and suggested that depression might be related to social submissiveness. He emphasised that more research work ought to be done to confirm this hypothesis.

Rachel Gunn (University of Birmingham, pictured above) presented her talk ‘Everything Causes Depression and Nothing ‘Causes’ Depression’. She argued that cognition is something that encompasses and engages with the whole person and her lived environment. In line with an enactive approach depression ought to be understood together with its social, psychological and environmental context. An effective talking therapy should encompass the client’s unique predispositions and the nature of the therapeutic relationship. 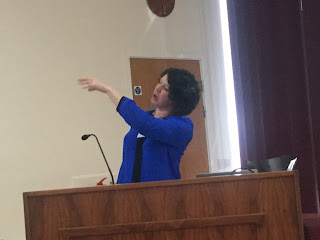 Valentina Petrolini (University of Cincinnati / University of Salzburg) presented her research on ‘Environmental Triggers of Psychopathology: Gender & Depression.’ She pointed at two critical factors in depression: environmental and personal level triggers. She argued that situations of disadvantage such as the exposure to repeated discrimination or social isolation may act as triggers of mental disorders including depression.

Magdalena Antrobus (University of Birmingham) in her talk ‘Depression, Optimism, and (Ir)Rationality’ exposed the cognitive view of depression as oversimplifying the complexity of the relation between depression, optimism and rationality. She argued that healthy people are often prone to positive illusions and that these optimistic judgements, although psychologically useful, may be seen as irrational as they are not warranted by objective data. She asked whether certain symptoms of depression might be linked to more rational judgements and what is the character of such a relation.

The last speaker of the symposium was Alexander Miller Tate (University of Birmingham), talking about ‘De-situated minds: Affect, depression, and situated agents.’ He asked to what extent can affective experience in depression be though of as disruption to situated affective patterns. He suggested that some symptoms and experiences of sufferers of depression may be helpfully explicable in terms of impaired agency and anhedonia. Such a possibility might open up theoretical avenues with regard to depressive aetiology.

The AISB Symposium on Depression was an interesting platform for exchanging innovative ideas on the aetiology and nature of depression, its causes and treatment. I am delighted to have had the opportunity to attend the conference. 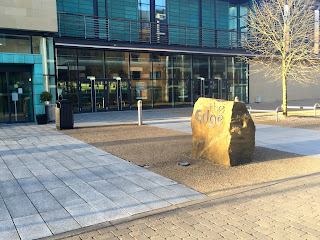