The Illusion of Moral Superiority

Today's blog is by Ben Tappin (pictured below), a PhD student at the Morality and Beliefs Lab, Royal Holloway, University of London. Part of his research focuses on moral cognition as it relates to the self and others; in particular, how our moral beliefs affect social perception, attitudes, and behaviour. 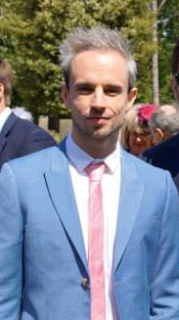 Suppose you asked a group of people to judge how much they, and how much the average person, possessed certain desirable and undesirable traits. A large majority would likely respond that they possess desirable traits to a greater extent, and undesirable traits to a lesser extent, than the average person. This self-other difference is widely reported, and constitutes the basis of an extensive field of research into the phenomenon of “self-enhancement”—the tendency for individuals to positively inflate their own characteristics relative to their evaluation of others’ characteristics. A large amount of this evidence indicates that self-enhancement is strongest and most widespread for distinctly moral traits—almost everyone believes they are fairer, more honest, and more trustworthy than the average person.


An influential theory advanced in the late 1980’s argued that self-enhancement arises from an inaccurate perception of reality—that is, overly positive self-beliefs are illusory—but they persist because of their beneficial effect on psychological wellbeing. This theory of “positive illusions” specifically contends that such beliefs are disconnected from reality, positively exaggerated, and may thus be considered irrational.

The problem with inferring irrationality on the part of self-enhancing individuals is that it is, in fact, rational, to make less extreme judgments of what the “average person” is like, compared to judgments of what oneself is like. After all, I have more information about myself than about this ill-defined and anonymous other. As such, what looks like self-enhancement—rating oneself better than average—may be a by-product of rationally cautious judgments of the average person.

In a recent study, we adapted a new method to tease apart the rational and irrational components of self-enhancement across different domains of social evaluation. We were interested in seeing whether (a) self-enhancement was in fact most irrational in the moral domain, after partialling out the rational component, and (b) if so, whether this “illusion of moral superiority” was associated with self-esteem—as the theory of positive illusions would predict.

Our findings revealed that self-enhancement in the moral domain was indeed the most irrational. As expected, individuals overwhelmingly rated themselves as more honest and trustworthy, but less manipulative and deceptive, than the average person—and this difference remained large after accounting for the fact that individuals had less information about the average person than about themselves. In stark contrast, the average magnitude of self-enhancement in the domain of sociability—comprised of traits such as “cooperative”, “warm” and “easy-going”—disappeared after partialling out the rational component.

In other words, the fact that Jane viewed herself as a paragon of virtue, and the average person as an immoral scumbag, did not predict how positive she reported feeling about herself. Taken together our results reveal a robust and widespread illusion of moral superiority, but the reason why such an illusion persists remains unclear.