The Subjective Perspective in Introspection 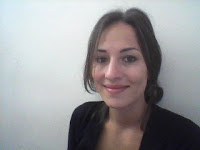 This post is by Léa Salje (pictured above), who recently started a lectureship at the University of Leeds, where she was previously a postdoc on the AHRC-funded project Persons as Animals. Léa works in the philosophy of mind on questions about what thought is like, and in particular on questions about self-conscious thought about ourselves. Here she asks, what can the schizophrenic delusion of thought insertion tell us about how we ordinarily find out about ourselves through introspection?

A lot of my work revolves around the notion of immunity to error through misidentification (IEM), and so does this paper. For those with more of a nodding acquaintance with IEM, I have a dim suspicion that it can come across as a slightly fussy notion that threatens to plunge those working on it into ever deepening levels of obscurity, and that refuses to wear its interest on its sleeve. So let me first say something why it’s important.

Roughly speaking, your judgment is IEM when you can’t have got things wrong about what your judgment is about. For example, my visual-demonstrative judgment that pen is leaking might be wrong in all sorts of ways. Maybe it’s not leaking – maybe it’s just a shadow. Or maybe it’s not even a pen, but a novelty marzipan sweet shaped like a pen. But there’s one way it can’t go wrong. It can’t be that I know that something is a pen and leaking, and fail to know that it’s that, the thing I’m looking at. My judgment is IEM.

Why is this important? Clearly, not because of the error we’ve just ruled out. We don’t exactly go around worrying that our demonstrative judgments might be mistaken in this way, and then breathe a collective sigh of relief when the IEM-workers assure us they can’t be. The interesting thing, rather is why that error is ruled out. In our example, it’s because I’m already thinking of the pen in a perceptual-demonstrative (or ‘that’-ish) sort of way. This means that I don’t have to do anything else to form a ‘that’ judgment about it – and in particular, I don’t have to identify the thing that I’m thinking of in the ‘that’-ish way with something I’m thinking of in a different way. (As I would have to if, for example, I instead formed the judgment that Ali’s pen is leaking – in which case I would have to make a kind of cognitive leap between that thing I’m looking at, and the pen I’ve seen in Ali’s pencilcase). So the IEM of the judgment tells us something about the way I’m thinking of the judgment’s object.

This result gets even more exciting in the domain of first-person judgments. The IEM of I-judgments tells us something about the the way the subject is thinking of herself – namely, in a ‘me’-ish, or subjective kind of way. Now, if we were fundamentally interested in understanding our ‘that’-ish ways of thinking about pens, then we ought to follow the trail of IEM ‘that’-judgments about pens. But if instead we’re interested in understanding our ‘me’-ish ways of thinking about ourselves, then we should look instead to what ‘I’-judgments are IEM. That’s what I do in this paper.

In particular, I consider the intuitively compelling claim that introspective ‘I’-judgments are IEM – and so that introspection affords us a particularly ‘me’-ish, or subjective way of thinking of ourselves. This claim seems hard to resist. But it faces a putative counterexample in the form of thought insertion, a schizophrenic delusion (discussed in some other posts on this blog) in which subjects believe some of their introspectively-accessible thoughts to have been implanted into their streams of consciousness by an external locus of mental agency. These subjects, it seems, are wrong about what (or who) their judgments are about. So introspective ‘I’-judgments, it seems, are not IEM.

I try to do two things in this paper. First, I show that whether or not thought insertion cases amount to counterexamples to the IEM of introspective judgments depends how we formulate IEM. On what I call the modal formulation, they don’t count; on the alternative constitutive formulation, they do. I argue that the modal formulation is the one that captures the sort of significance to claims about IEM that I tried to spell out above with the story about my pen. So as long as that’s the reason we’re interested in IEM, then we needn’t worry about cases of thought insertion.

I also, however, argue that the fact that in introspection we get IEM in the modal sense coming together with its absence in the constitutive sense is itself an important finding. It shows that you can be aware of yourself in a ‘me’-ish way – as shown by the modal IEM of these judgments – but not realise it, because of additive interference getting in the way between the introspective act and the introspective judgment – as shown by the absence of constitutive IEM. Through introspection I can be aware of myself as myself, but not recognise that I am. And that seems like an important update to the nature of the subjective perspective on ourselves that we get through introspection.