On Dissociative Identity Disorder: an Interview with Michelle Maiese 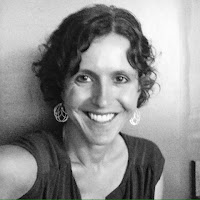 MA: How would you describe Dissociative Identity Disorder (DID)?

MM: It formerly was known as multiple personality disorder. Although theorists sometimes describe DID as a case in which two or more subjects inhabit a single body, I find it more plausible to suppose that it involves a single individual who suffers from delusions surrounding identity.

Young children who develop DID experience extreme conflict that seems incapable of resolution and which concerns emotional needs to which they feel deeply attached. Suppose that Sue endures some sort of abuse at the hands of her mother. She develops strong feelings of anger or hatred toward her mother, but also loves her mother and wants to have a close relationship with her. Consistency demands that she modifies or abandons at least one of these stances.

But suppose that Sue is five years old. Because she is so young, she does not yet have a stable sense of self, nor has she developed an ability to manage inner conflict. It is possible that Sue will begin to dissociate and will hand off some of her mental states to different alter-personalities as a way to cope with inner discord. Suppose that over time, dissociation becomes Sue’s habitual coping mechanism and whole chunks of experience become split off from her conscious awareness. This ultimately leads to delusions of disownership: Sue ascribes some of her own mental states to a separate alter-personality, whom she regards as a separate person.

MA: What cognitive processes are involved in the formation of dissociated identity?

Dissociation actually is quite common, and even ordinary subjects use it as a way to cope with their surroundings, e.g., in the form of behaviors they can perform without thinking or paying attention to them. Most of us also compartmentalize on a regular basis. For example, I have a fight with my partner in the morning, but then I have to go to campus and teach my classes. While I’m teaching, I set aside the memory of the argument I and the negative feelings it evoked. Like other defense mechanisms, this kind of compartmentalization can be understood as a way to avoid facing up to a particular subject matter. The difference is that in my case, these mental states remain easily accessible. When classes are over, I likely will start thinking about the argument again. But in cases of DID, the barriers that are erected are much more pronounced. The subject ascribes these mental states to separate selves as a way to hide her ambivalence from herself.

MA: How is Dissociative Identity Disorder different from or similar to delusion?

MM: Delusions isn’t simply a case of false belief, but rather an attempt to make sense of bizarre experiences. Subjects with DID experience inner conflict that is highly emotionally charged and seems incapable of resolution. They deal with this via excessive compartmentalization, and then the only way to sustain this and ensure that the inner conflict escapes detection is through the formation of a delusional belief. So the subject both loves and hates her mother. To avoid crumbling under the pressure of inner contradiction, she forms the delusional belief that her conflicting intentional attitudes belong to separate selves.


These delusions concerning identity are similar to other delusions of disownership, such as thought insertion, in the sense that subjects come to believe that certain mental states or actions aren’t theirs. Both alter-formation and thought insertion indicate some degree of psychological fragmentation. But DID is unique is the sense that a subject begins to assign whole sets of mental states to distinct “persons.”

MA: If someone with Dissociative Identity Disorder commits a wrongful act, is she responsible?

MM: Not in the way that ordinary adults are responsible. This is because the psychological fragmentation found in cases of DID makes it difficult for subjects to exercise autonomous agency or exhibit self-control. Even if a subject makes a decision or settles on a course of action, other desires and priorities may ‘take over’ once the subject switches to a different alter-personality. Due to disturbances in memory and self-awareness, she will either be incapable of remembering her prior decisions and commitments, or incapable of being motivated by them, since she cannot view them as her own decisions.

In addition, there may be so many memory gaps and disruptions in the connectedness between mental states that it is difficult for her to foresee what she will do or assess the long-term consequences of her actions. Because the subject with DID suffers from persistent and pervasive ambivalence, she does not form an integrated will and is largely incapable of restructuring it. This renders her incapable of drawing on all the reasons for action she would have if she were more fully integrated psychologically.