Ethics and the Contemporary World

Today's post is by David Edmonds, presenter and producer at the BBC, host of The Big Idea, author of many books, including Would You Kill the Fat Man? and (with John Eidinow) Wittgenstein’s Poker. David is also a senior research associate at Oxford University’s Uehiro Centre for Practical Ethics and a columnist for the Jewish Chronicle. In this post he introduces his new book, Ethics and the Contemporary World. 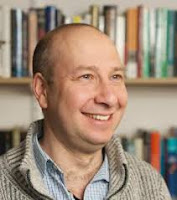 I was rummaging through my attic last week when I came across some notes and essays I’d written as an undergraduate and graduate studying ethics in the 1980s.

What surprised me – apart from the clunky prose and the no-nonsense typeface produced by my clunky dot-matrix printer – was the narrowness of subject range. There was a lot, for example, on abortion. It’s easy to forget that abortion was only legalized in Britain in 1967 and the key Supreme Court ruling in the US, Roe v Wade, was in 1973. Then there was capital punishment – the death penalty had only been abolished in Northern Ireland in 1973.

It’s not that all these issues are now irrelevant: capital punishment plays no serious role in current British political debate, but the issue of abortion remains a hugely divisive one in parts of the world, including the US. However, the philosophical terrain of applied ethics today is far less narrow than it was three decades ago.

Take some of the topics discussed in a book I’ve recently edited, Ethics and the Contemporary World (Routledge). The book includes a section on the environment and one chapter on whether we should use drastic technical fixes – climate engineering – to tackle our current climate crisis. Back in the 1980s global warming was not widely debated and few philosophers had the foresight to address it.

Ethics and the Contemporary World devotes a whole section to social media – Rebecca Roache writes about Facebook and friendship, Carissa Valiz about the internet and privacy and Neil Levy about Fake News. I finished the BPhil at Oxford in 1988 five years before pinging off my first email.


Another section in the book is entitled Science and Technology. The first IVF baby was born in 1978, but if Dolly the Sheep – the first cloned mammal – were alive today, she would still only be 23. The pace of change in the genetic revolution continues to accelerate – generating a constant stream of fresh moral predicaments.

Then there’s robots and AI? The issues raised by autonomous machines and artificial intelligence are brilliantly mapped out in the book by John Tasioulas. One category of problem, for example, is whether autonomous machines will possess rights and responsibilities. Another is what threats they pose to our interests and values. At least here the old and the new conjoin. The much derided trolley problem – a staple of 1980s academic ethical debate – has made a comeback, in part because of dilemmas thrown up by driverless cars and autonomous weapons.

Several changes in the world since the 1980s – AI and climate change for example – pose an existential threat to humanity. Even if humanity is still more or less intact in three decades, I won’t be one of those writing about the contemporary ethical issues of the 2050s. Still, it’s really not that far away, and I do think we – we philosophers - should be spending more time trying to reflect on what they will be.