Is the Capgras Delusion an Endorsement of Experience?

This post is by Federico Bongiorno, a PhD candidate in Philosophy at the University of Birmingham working primarily in the philosophy of mind and cognitive science. Earlier this year, he was a visiting research fellow at Yale University. Here he offers an overview of his paper ‘Is the Capgras delusion an endorsement of experience?' which was recently published in Mind & Language. 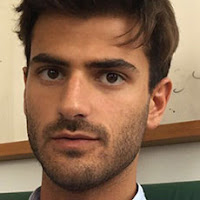 The Capgras delusion is a condition in which a person believes that a loved one has been replaced by an identical or near-identical other (this can take a variety of forms, such as an imposter, clone, alien, robot, etc.). A more careful definition would specify two propositions that the person believes (Aimola-Davies & Davies, 2009): the proposition that someone is not a certain known individual (e.g., this man is not my father), and the proposition that someone has replaced a certain known individual (e.g., this is a replacer of my father). I name the content of the former proposition misidentification and the latter replacement.

One popular idea within the background of cognitive neuropsychiatry is that the Capgras delusion is grounded in an irregular experience, whereby a person sees a familiar face but lacks the characteristic affective response (Ellis & Young, 1990; Stone & Young, 1997). The problem, then, is to clarify the specific role played by the experience in originating the delusional content. An influential approach to the problem is the endorsement model which claims that the experience encodes the content of the delusion. As such, all that it suffices to lead from the experience to the delusion is that the subject accepts her experience as veridical (Pacherie, Green, & Bayne, 2005; Pacherie, 2009).

Endorsement theorists take the irregular experience to be a perceptual state, where the content amounts to misidentification or replacement. There are a number of problems with this, which I discuss in the paper. Here, I mention one: it is unclear whether the experience can encode the sort of contents that the model says it does. I call this the experiential encoding problem (following Langdon & Bayne, 2010).
In my paper, I present a new model of the Capgras delusion that addresses the problem while lending itself to an endorsement interpretation. This new model takes as its starting point an idea originally developed by Christopher Peacocke (2009) as an attempt to explain how we perceive the expressive properties of music. Although his primary focus is music, Peacocke illustrates his general view by means of a visual case, a painting of pots by Francisco de Zurbaran.

Peacocke says that many report seeing the painted pots as a group of people and this is a matter of seeing them metaphorically as a group of people. What makes it possible to perceive one thing metaphorically as something else is an isomorphism between domains that allows a relevant mapping from one domain (pots and their properties and relations) to another (people and their properties and relations). We can read Peacocke’s proposal as describing a class of perceptual states whereby an object x is literally represented as Q while being metaphorically represented as something else, and where both representations contribute their contents to the overall phenomenology of the experience.

I propose that the experience of seeing a loved one without the usual affective reaction involves a similarly perceptual process. The guiding idea is that a person has an experience in which someone looks to be their loved one, say, their father (literal representation), but is perceived metaphorically as a replacer, say, an imposter (metaphorical representation). On my view, the cognitive processing which initially prompts the delusional thought misidentification is non-experiential. However, tokening the thought misidentification creates an isomorphic mapping between the domain ‘impostors’ and the domain ‘father-lookalikes’, which leads to a metaphorical-as experience with replacement as content.

I argue that the delusion results because the metaphorical representation is treated literally and endorsed as such. An endorsement model along these lines avoids the experiential encoding problem. There is no strict limit on the ways we can perceive things metaphorically as being; all that is needed is a relevant isomorphism between domains. My paper ends with an explanation of why the metaphorical nature of the representation is not ultimately a bar to its doxastic acceptance (that is, to its being endorsed as belief).