Today’s post is provided by Katherine Puddifoot, Assistant Professor of Philosophy, Durham University. Here, she introduces her article, "Stereotyping Patients", that has recently appeared in the Journal of Social Philosophy. 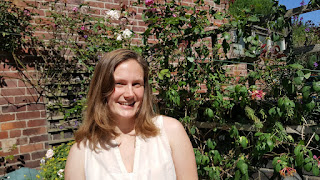 This can produce unethical outcomes (Matthew 2018). Where healthcare professionals associate members of some social groups with certain traits, for example uncooperativeness, this can lead to group members receiving poorer quality treatment. However, the association of social groups with characteristics can facilitate higher quality decision-making in the medical context.

Healthcare professionals therefore appear to face a dilemma between achieving ethical goals of fair treatment and epistemic goals of making correct diagnoses and treatment decisions. (This outcome is fitting with recent arguments in philosophy about the impact of implicit biases in other contexts: that they seem to lead people to face an ethical-epistemic dilemma. See for example Gendler 2011.)

In my paper, however, I argue that it is misleading to portray healthcare professionals as facing a dilemma of this sort. I argue that healthcare professionals can often achieve their ethical and epistemic goals in the same way, eitherby responding to or failing to respond differentially to patients due to their social group status. However, I argue, they nonetheless face a serious difficulty: the difficulty of deciphering which response is best within a particular context.

In such a context, there would be both an ethical and epistemic gains associated with automatic stereotyping. This is because healthcare professionals have a duty of care to try to do what they can within reasonable limits to ensure that they make correct clinical judgements and decisions. Ethics requires them to make correct judgements. Therefore making a correct diagnosis of lead poisoning can achieve both ethical and epistemic goals.

Ethical and epistemic goals may occasionally clash, then, but there is good reason to think they will often be achieved using the same means. However, this doesn’t mean that healthcare professionals face no difficulty in determining whether or not they are doing the right thing responding to a patient’s social group membership when engaging in clinical judgement and decision making.

Instead they face a serious difficulty; the practical difficulty of determining, for any particular decision-making context, whether they are more likely to achieve both their ethical and epistemic goals by being responsive to their patient’s social group status or by not being so responsive. This problem is especially serious, I argue, because the same stereotype can bring both positive and negative outcomes, epistemically and ethically, in the very same context.
Posted by Sophie Stammers at 08:00