Today's post is by Adam Andreotta. He earned his PhD from the University of Western Australia in 2018. His research and teaching interests include: epistemology, self-knowledge, the philosophy of David Hume and the philosophy of artificial intelligence. Here, he introduces his article, "Confabulation does not undermine introspection for propositional attitudes", that has recently appeared in the journal Synthese. For more of his work, see his PhilPapers profile. 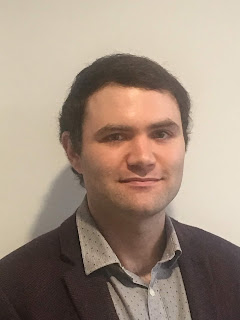 Most of us think there exists an asymmetry between the way we know our own minds, and the way we know the minds of others. For example, it seems that I can know that I intend to watch Back to the Future, or that I believe that Australia will win the Ashes, by introspection: a private and secure way of knowing my own mental states. If I want to know whether my friend intends to see Back to the Future or believes that Australia will win the Ashes, I need to ask them or observe their behaviour.

This common-sense way of thinking about the mind is accepted by many philosophers, who have sought to explain the nature of this asymmetry. Other philosophers, however, deny that there is an asymmetry at all. They argue that the way we know our own beliefs, intentions, and desires (mental states philosophers call ‘propositional attitudes’) is no different in principle from the way that we know the beliefs, intentions, and desires of other people.

Why think that the confabulation data warrant such a radical conclusion? Carruthers thinks that the data reveal two key findings. First, he claims that the data show that we make mistakes from time to time in our self-ascriptions—that is, we say that we have a certain intention, or belief, when we don’t. And second, he claims these mistakes are not random—that is, there are specific patterns found in the errors we make. Carruthers thinks that these patterns show that we self-attribute our propositional attitudes by self-interpretation, just like we do when we attribute mental states to other people.