Insights into the Workings of an Epistemic Frame Trap

Today’s blog post by Marion Nao adds a discourse analytic perspective to imperfect cognition via Goffman’s sociological theory of frame trap. It presents some key insights from a recent paper in Language and Communication, entitled:  'The lady doth protest too much, methinks': Truth negating implications and effects of an epistemic frame trap.
Marion Nao holds a PhD in Language and Communication Research from Cardiff University, UK, and currently teaches online for Universitat Oberta de Catalunya, Spain. 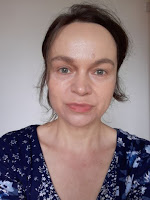 Many of us may be uncomfortably familiar with the concept and experience of a double-bind or Catch-22 situation, in which, crudely put, you’re damned if you do and damned if you don’t. Add to the complex a discursive mechanism by which the more you do, the more damned you are, in anticipation of which being damned if you don’t might seem like the lesser of the two evils, and you likely have the workings of a frame trap. In short, and metaphorically, with increased resistance, you tighten your own noose. So, how does frame trap work, and why might it be relevant to biased beliefs?

In a recent paper, I explored this concept, which can be attributed to Goffman (Frame Analysis, Harper and Row, 1974), in relation to one specific expression: “The lady/thou doth protest too much, methinks” (Nao, 2020). This I classed as an epistemic frame trap, on the basis that it invalidates the very truth of its recipient, who is guilty of untruth whether or not they protest their innocence in response—and all the more so, the more they do. Consequently, it can be said to operate by a mechanism of recursive truth negation. As a formulaic expression used with a high level of fixity (and only minor variations in formulation), its meaning is figurative in representing more than the literal sum of its parts. As such, it conveys a good deal of pre-packaged meaning in a conventionally applied way, supporting habitually unexamined assumptions about the way the world works and what it is we are going about doing in it. A crucial component of such formulaicity is ‘protest too much’, which indicates an excess of protestation. Problematically, such excess is itself presumed to be evidence of untruth.
From online users’ definitions of what the expression means, we can see that excess remains ambiguous with regard to whether it refers to either the amount of speech or its emotive force, or both. Undifferentiated in its evidential basis, it is questionable whether excess is at all measurable, and if so, to what extent any criteria might be judiciously applied given its formulaicity of meaning and axiomaticity of use, not to mention the imperfect cognition of its user.

Core to the operation of the frame trap is the conversational expectation of denial in the face of an unjust accusation, without which it is taken to be true. Yet, the mechanism of recursive truth negation means that a heightened emotional response, or indeed any response at all, is likewise and greater evidence of guilt. As a tool, whether consciously used or not, the expression thus offers its user considerable scope to maintain their own set of beliefs about the world and the people in it to the disadvantage of another’s.