Delusions and Theories of Belief

This post is by Michael Connors and Peter Halligan. Here they discuss their recent paper entitled 'Delusions and theories of belief' that was published in Consciousness and Cognition. Michael Connors is a research associate in the Centre for Healthy Brain Ageing at the University of New South Wales. Peter Halligan is an honorary professor in the School of Psychology at Cardiff University. 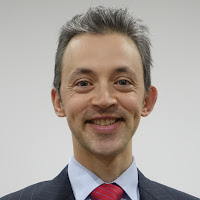 Michael Connors
One approach to understanding cognitive processes is through the systemic study of its deficits. Known as cognitive neuropsychology, the study of selective deficits arising from brain damage has provided a productive way of identifying underlying cognitive processes in many well-circumscribed abilities, such as reading, perception, attention, and memory. 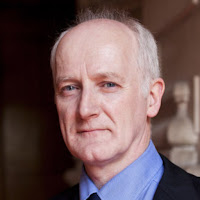 Peter Halligan
The application of these methods to higher-level processes has been more contentious. Known as cognitive neuropsychiatry, researchers over the past 30 years have applied similar methods to studying delusions – widely considered to be pathologies of belief. While providing some insights into the cognitive nature of delusions, the approach has still to address its reciprocal goal of informing accounts of normal belief.

This limitation is significant: As Marshall and Halligan noted in Method in Madness (1996), a unified theory of delusions is unlikely without an account of normal belief formation.

In a recent paper, we examine some of the reasons for this lack of progress and suggest a way forward for overcoming these challenges (Connors & Halligan, 2020).

From the outset, there are important differences between the two domains of study. Delusions are defined against a background of social norms and values; encompass broad aspects of experience; involve excessive functioning; and are more likely to vary over time compared to the more value-free, encapsulated, and stable deficits studied in cognitive neuropsychology (David, 1993).

In addition, the assumptions of cognitive neuropsychology may not hold in this new domain. There are four assumptions and each can be problematic.

Central to the cognitive neuropsychology approach, is the concept of modularity – the idea that cognitive processes can be decomposed into specific, relatively autonomous subcomponents. This may not apply to beliefs, which integrate the outputs of several distinct modular systems across different domains and so are not easily decomposed.

Damage to cognitive systems may not be transparent to researchers – patients may conceal beliefs for social reasons in a way that is not possible with lower-level cognitive processes.

Cognitive processes in belief formation are unlikely to be selectively impaired without impacting other processes. Many delusions occur without identifiable brain lesions and new beliefs are likely to bias lower-level cognitive processing, including perception and memory, so as to be consistent with the beliefs. New beliefs may similarly engender related supporting beliefs, producing more widespread changes in the cognitive system.

Finally, generalising between patients may be problematic if pre-existing individual differences, including premorbid beliefs, are not considered.

These issues are important as a leading theory of delusions – the two factor account – is based in cognitive neuropsychology (Coltheart et al., 2011).

The theory is derived from cases of monothematic delusions, such as Capgras (the belief that a familiar person had been replaced by an imposter). Several patients with this delusion show impaired autonomic responses to familiar faces – a deficit that could account for the delusion’s content (Factor 1). There are, however, patients with this deficit but without the delusion, which gave rise for the need to posit a second factor – a deficit in belief evaluation.

This dissociation between symptoms does not provide definitive support for a second factor. There is no independent evidence of a second factor and other differences are possible between the two groups. More fundamentally, given uncertainty about underlying assumptions, it is not clear that the logic of dissociations can be applied.

Importantly, predictive coding accounts do not currently provide an alternative at a cognitive level. These accounts are aimed at a broader level of explanation and attempt to relate more general patterns in cognition to neurophysiology, rather than offering a specifically cognitive account (Corlett et al., 2016).

Connors and Halligan (2015) argued that it is possible to outline five broad stages of belief formation at a cognitive level independent of modularity and other assumptions of cognitive neuropsychology.

Beliefs are likely to arise in response to a precursor, a distal trigger of the belief’s content. This may involve, for example, unexpected sensory input or communication from others.

Once a belief is formed, a fifth stage is the effect the belief has on experience and other cognitive processes. This also includes effects on earlier stages of belief formation by shaping what precursors are attended to, how they are interpreted, and how competing hypotheses are evaluated. 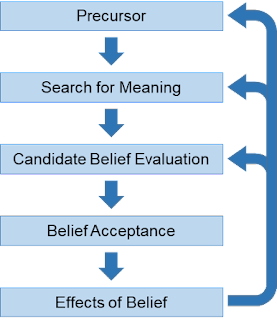 While admittedly still underspecified, the account has the benefit of being parsimonious, yet flexible enough to begin to account for the heterogeneity of beliefs in both the general population and people with delusions.

We believe that this account has sufficient detail to guide future research and address limitations in existing cognitive theories of delusions. Given the unique properties of belief, we also suggest that there is a need to widen and adapt research methods and offer specific proposals in our paper.

We consider that such an approach, whilst attempting to relate pathology to a model of normal function, may help cognitive neuropsychiatry reach its original goals and offer insight into both delusional and nonpathological belief.
Posted by Lisa Bortolotti at 08:00