Anomalous Experience in the Explanation of Monothematic Delusions

This week we feature the AHRC Project Deluded by Experience, led by Ema Sullivan-Bissett, who is a Reader in Philosophy at the University of Birmingham. In today's post she overviews the first of the Project’s outputs, co-authored with Paul Noordhof (Co-I): ‘The Clinical Significance of Anomalous Experience in the Explanation of Monothematic Delusions’, recently published in Synthese (open access). 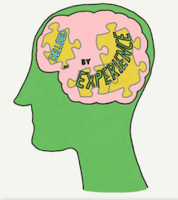 Subjects with monothematic delusions often undergo some highly anomalous experiences. For example, in Capgras delusion, the strange experience has been understood as one of absence of something expected, the subject has reduced affective response to familiar faces traceable to ventromedial prefrontal damage (Tranel, Damasio, and Damasio 1995, Coltheart 2007), or right lateral temporal lesions and dorsolateral prefrontal damage (Wilkinson 2015, Corlett 2019). Empiricists about delusion formation take it that these experiences play an explanatory role in the formation and maintenance of delusions. One-factor theorists claim that they are the only clinical abnormality involved. Two-factor theorists insist on an additional clinical contribution at the level of belief formation or evaluation.In our paper we defend a one-factor account according to which monothematic delusions are a normal response to anomalous experiences. Part of the motivation for two-factor accounts is the apparent existence of people with the relevant anomalous experience but without the delusion. A second abnormality is posited to explain why only some folk move from the experience to the delusion, and others do not. However, we argue that it is a mistake to understand the one-factor account as saying that the sole causes of delusions are anomalous experiences. Rather, anomalous experiences are the only causal contribution which have the feature of being abnormal  The one-factor account does not predict—as is often claimed—that all people with the relevant experience will form the associated delusion.
We critically evaluate the case for several proposed second factors of bias, deficit, and performance error theories of delusion. We argue against them on the grounds that they cannot play the envisaged explanatory role or that they lack complete coverage. We are open to the possibility of particular cases involving the proposed second factors, but argue that it would be a mistake to take what is going on in a particular case to provide insight into the nature of monothematic delusion as a distinctive kind of mental disorder. We next turn to the development of our one-factor position, and consider two ways of understanding ‘normal response’. The first way is to challenge the idea that there is just one rational way to respond to anomalous experience, and that even if there is, reasonable differences over what that one way is would both explain variation in subjects’ responses and also make those responses reasonable (even if incorrect).

The second way is to allow that a subject’s response to their experience is not rational, but it nevertheless falls within the normal range of responses, concerning which we would not suppose that there is anything clinically amiss. On this second way of developing the view, the variation between those subjects who form, or persist in, delusional beliefs, and those who do not, is due to individual differences in intellectual style and character at work in normal belief formation. Once we recognize that talk of ‘normal response’ is consistent with a range of other contributions to belief formation or retention, it is utterly unsurprising that people come to different beliefs upon the same kind of experience.

We turn to epistemic responsibility, and frame thinking about a second factor as involving mental processes that are (1) significantly more resistant to rational correction than we would expect in general from the population given (2) the presence in that population of the kind of experiences subjects with delusions undergo. (1) draws attention to normal irrationalities and epistemic responsibility for them; those whose irrationality is abnormal are not simply epistemically irresponsible but are outside the realm of epistemic responsibility. (2) is key: if some experiences hinder our capacities to appropriately respond to reasons, we need to adjust our expectations of rational responsiveness to those experiences. Our claim that subjects with delusions are, at worst, only normally irrational, is the claim that their epistemic irresponsibility in the face of anomalous experience results in delusions. The difference between these subjects and e.g. vexatious litigants or conspiracy theorists is the disturbing character of their experiences. That is not to say that subjects with delusions can thus always be reasoned out of their belief, but this feature is characteristic of a whole range of normal range beliefs.

We finish by considering two objections. The first is that neurological damage often found in people with monothematic delusions establishes the two-factor theorist’s second abnormality. We argue that such damage does not establish a clinical abnormality of the relevant kind. Even if there were relevant consequences, these may be no more than shifting a subject from one kind of normal range response to another.

The second objection is that some monothematic delusions don’t have obviously identifiable anomalous experiences, and so there must be a cognitive deficit relating to interpreting ordinary experiences in special ways. In response we briefly suggest two ways a one-factor account might be developed to explain these cases, in terms of motivational frameworks or an extension to the notion of experience.

We conclude that arguments in favour of two-factor accounts do not work. The second factor has proven elusive and may turn out to be neither abnormal nor unified. The one-factor approach on the other hand provides a plausible and unified treatment of monothematic delusion. Unless and until there is theoretical reason from the study of delusions to posit a second factor, the one-factor account should be treated as the default hypothesis.
Posted by Lisa Bortolotti at 08:00