Deluded by Experience: An interview with Ema Sullivan-Bissett 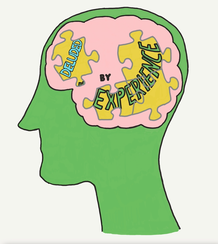 This week we feature the project Deluded by Experience, led by Ema Sullivan-Bissett, who is a Reader in Philosophy at the University of Birmingham. The project will last 30 months (January 2021–June 2023) and is funded by the Arts and Humanities Research Council, with Ema as PI and Paul Noordhof as Co-I. You can follow the Project on twitter @del_by_ex.
In today's blog, I ask Ema about the project.

LB: What is Deluded by Experience about?

ESB: Deluded by Experience is focused on three main areas. The first is monothematic delusion formation. Philosophers, psychologists, and cognitive neuroscientists have argued that subjects with monothematic delusions have anomalous experiences in which delusions are rooted. However, few take anomalous experience to be the only clinically relevant factor. This is the one-factor approach. The current orthodoxy has it that a second clinical factor (cognitive deficit, bias, or performance error) is present which explains why not all people with anomalous experiences have delusions. This is the two-factor approach.

Our leading hypothesis is that we need not go searching for a second factor. Rather, the explanation for different responses to anomalous experiences derives from individual differences between subjects in the normal range, not some distinctive cognitive failing symptomatic of delusions. We have begun to make our case for this in the Project’s first output, ‘The Clinical Significance of Anomalous Experience in the Explanation of Monothematic Delusions’ (forthcoming in Synthese).

The second area of interest is the nature of anomalous experience, and implications for philosophical accounts of experience. We distinguish between those experiences involving positive hallucinatory content (e.g. experiencing a second head, as in delusional bicephaly) and those involving an unexpected lack (e.g. lack of affective response characteristic of Capgras). We are interested in whether different philosophical approaches to experience can equally accommodate these two kinds of experience, and the role they play in delusion formation.

In particular, some currently fashionable relational theories of experience deny that hallucinations have the character that they need to have in order to play the envisaged role in accounts of delusion formation. We are keen to think about whether such relational theories ought to be abandoned, or whether their retention can provide further insight into how anomalous experiences should be understood in accounts of delusion formation.

The third area of interest is the relationship between belief states and truth, often thought to explain several features of belief (e.g. doxastic transparency, involuntarism, and its standard of correctness). We’re interested in whether these features are as much features of monothematic delusions, our current thinking is that they usually are. If that’s right, we want to think about whether certain accounts of monothematic delusion formation, or of the nature of perceptual experience, can sit alongside popular approaches to the truth link (specifically the normative and aim-based teleological accounts).

One line we’d like to develop concerns whether the relationist about experience, in denying that positive anomalous experiences have particular features, might be forced into a much less popular approach to the belief-truth link grounded in biology (defended in my 2017, 2018, 2020). Finally, although we are broadly persuaded by doxasticism about delusion, we are also interested in whether there are sub-doxastic states (thoughts, imaginings, etc.) which might better characterize some components of the mental lives of subjects with delusions. 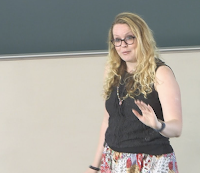 ESB: Kind of accidentally actually! I wrote my PhD on the relationship between belief and truth, and one of the philosophers on my yearly advisory panel asked me if I’d read anything about delusion. I hadn’t (and I didn’t know what the term even meant). I think I started with your excellent book Delusions and Other Irrational Beliefs, and then I was lucky enough to work as a postdoc on the Epistemic Innocence Project, and then on Project PERFECT, with the latter position focusing on delusion.
I continued working with Paul during this time (whilst finishing my PhD but also thereafter). I remember a conversation with him that convinced me that there was considerably more potential in the one-factor approach than the debate would suggest. We decided that one important part of our continuing collaborative work would be developing this further.

LB: The project primarily focuses on monothematic delusions such as Capgras, but you think that your research can also be informed by other “rationally resistant”, beliefs. How?

There are all sorts of beliefs based on strange experiences, where the set of folk with the latter outnumber the set of folk with the former. Beliefs in the paranormal are one example. Researchers interested in their genesis have not sought to identify clinically significant irrationality even whilst recognising that experiences reported by believers are also had by non-believers. That such experiences can prompt different beliefs is of course what one would expect from those experiences interacting with the huge variety of cognitive styles found among healthy subjects (I say similar things about alien abduction beliefs in my 2020). In general, one way in which non-clinical rationally resistant beliefs can inform our work is that reflection on such cases will help demonstrate that the appeal to clinically significant irrationality to explain delusion is unmotivated.

LB: Your project partner is Headway Birmingham & Sollihull. What plans do you have for this collaboration?

ESB: Headway is a national charity working with people affected by brain injury, whose goal is a better understanding of brain injury and how it impacts lives. Our Project shares this goal. Specifically, it seeks to identify a new framework for thinking about people with monothematic delusions, something often brought about following brain injury. In general we’re interested in whether our approach – which does away with any claim about people with delusions being especially irrational – might have implications for clinical practice and the stigmatization of people with delusions.

If we’re right, the therapeutic process should not expect clinical irrationality, but should rather recognise people with delusions as on a continuum with the normal population with respect to reasoning, and under the strain of responding to highly anomalous and often distressing experiences.

We plan to run two workshops with Headway Birmingam & Sollihull in May 2022 and 2023, with the participation of service users, practitioners, and academics. These workshops will involve discussing with participants the significance of strange experiences, and considering implications for destigmatization and therapeutic treatment. Our hope is that these events might enhance practitioner understanding of delusion formation amongst service users, and facilitate developing strategies within their own practice or organization.
Posted by Lisa Bortolotti at 08:00