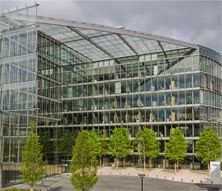 The workshop opened with a presentation by Brian McLaughlin (Rutgers) entitled 'Delusions and Feelings'.  McLaughlin presented a model of the Capgras delusion (the delusion that a loved one has been replaced with an imposter).  McLaughlin argued that it is necessary to posit the "cognitive feeling" of unfamiliarity to explain how Capgras belief is acquired.  The experience of unfamiliarity has a strongly affective aspect that causes the sufferer to straightaway acquire the belief that the person in front of her is unfamiliar.  Anxiety and paranoia then cause a tunneling of attention, and a full-fledged delusional theory thus grows from the single delusional belief.

Richard Dub (University of Geneva) followed up with a talk entitled 'Epistemic Emotions and Cognitive Feelings'.  Dub argued that the category of epistemic emotions is too narrow to be of much use in psychological theory-building.  Epistemic emotions are typically said to be metacognitive: they inform an agent about his or her own mental states.  For instance, a feeling of knowledge informs the agent about what he or she knows.  Using evidence from the literature on delusions, Dub argued that some non-metacognitive experiences (such as the feeling of safety, the feeling of invulnerability, or the feeling of physical capability) function very much like these paradigmatic epistemic emotions, and should be considered members of the same psychological type.  He then considered whether these sorts of experiences are emotional experiences (a subject previously discussed on this blog).

Kevin Mulligan (University of Geneva) closed the first day of the workshop with a 'Is Un/certainty an affective phenomenon?'.  Mulligan endorsed a picture of belief on which belief is all-or-nothing and does not admit of degrees.  The feeling of certainty, however, does admit of degrees.  Is this feeling of certainty affective, or an emotion?  According to Mulligan, a state is affective only if it is properly evaluative, and many so-called epistemic emotions do not appear to be evaluative.  However, Mulligan argued that the feeling of certainty is evaluative, and so is an affective state: to feel certain of something is to feel that there are reasons for believing it.  He ended his session with a discussion of interest, considering its relation to ignorance and boredom.

The workshop concluded with Danny Dukes (University of Neuchâtel) presenting experimental studies that he and Fabrice Clément (University of Neuchâtel) have performed on interest.  Dukes went through various criteria that it might take for a mental state to count as an emotion, and argued that interest satisfied all of these criteria.  For example, just like other emotions, interest generates behavioral patterns that appear developmentally early (people shift their gaze, lean in, etc.).  Many cute videos of interested babies were shown.

One of the prominent themes that emerged throughout the workshop concerned the definition of 'affective'.  What does it mean for a feeling to be an affective state?  What exactly is the relation between paradigmatic emotions and epistemic emotions, cognitive feelings, or noetic feelings?  The workshop solidified our convictions that this is a rich and profitable field of study with much more exploration to be done.
Posted by Richard Dub at 08:00